We began our study by first optimizing the electrooxidation of benzimidazole bearing Me groups at positions 4 and 6, we found that under optimized condition the single oxidation at C6-Me group product was achieved without overoxidation to orthoester, besides other potentially labile substituents such as C4-Me, N–Bn, or 3° C–H on the cyclohexyl moiety was untouched.

The substrates scope showed broad compatibility with common functional groups or moieties with great regioselectivity. The reaction has been demonstrated on various benzoheterocycles (such as benzimidazoles, benzoxazoles, benzothiazoles and molecular fragments derived from natural products dehydroabietic acid and lithocholic acid) and methylated alkoxybenzenes with good to excellent yields and excellent site-selectivity.

This work is also an ongoing research that we previously reported an electrochemical synthesis of functionalized benzimidazoles and imidazopyridines via amidinyl radical cyclization. The electrochemical tandem reactions of amidines cyclization and the Me oxidation were also applicable to construct medicinally relevant benzoheterocycles, benzimidazoles and imidazopyridines.

The synthetic utility of our electrochemical protocol is further demonstrated by the total synthesis of antihypertensive drug telmisartan. It's worth mentioning that, our synthetic route starting from commercially available material 2,4-dimethylaniline 63 are much cheaper than ester 70 used in a previously published 8-step method.

The reaction regioselectivity that we observed in this study suggested that the site-selectivity is controlled by the innate electronic properties of the benzo ring, not by steric effects or BDEs of the C–H bonds. And the mechanism likely involved single electron transfer (SET) oxidation of the benzene nucleus to a radical cation, followed by benzylic C–H cleavage. This hypothesis is further supported the NBS bromination experiment which is known via hydrogen atom abstraction and additional DFT calculations.

If you are interested in the site-selective electrooxidation of methylarenes to aromatic aldehydes, check out our article at  https://www.nature.com/articles/s41467-020-16519-8 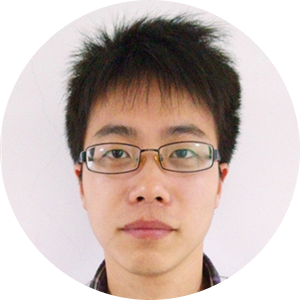