The development of crystalline materials with engineered rotational motion has been a topic of recent interest among physicists, chemist and materials scientists. To this end, the Garcia-Garibay research group at UCLA proposed a novel class of materials, called amphidynamic crystals, that contain moving elements - a rotator, bound to a static framework. To date, scientists have looked at uncovering structure–property relationships that determine rotation in crystals by exploring the creation of free space around the rotator, studying packing interactions and taking advantage of volume conserving motions based on the symmetry of the stator and the rotator. The next big goal was to install functional handles onto rotator units and to use them to induce new and tunable material properties. We hypothesized that such individual rotary components, if harnessed collectively, will lead to emergent behavior in the form of spontaneous collective alignment as the freely reorienting dipole arrays reach their collective ground state configurations. This idea has been the subject of theoretical and computational analyses with some pioneering work done by Rozenbaum. Real examples of dipolar rotors attached to 2D surfaces and their dielectric response were investigated by Josef Michl and coworkers, but examples of dipolar rotor systems in three-dimensions have not been available until now.

Our study, Dipolar order in an amphidynamic crystalline metal-organic framework through reorienting linkers, describes the culmination of efforts towards the development of the first example of such a system. Our success stems from the fact that we were able to develop structural solutions for crystals with dipoles that have intrinsic rotational barriers on the order of magnitude of thermal energies at room temperature.

At the start of the project, we set out to prepare the polar analogue of bicyclo[2.2.2]octane dicarboxylic acid (BODCA) rotor with fluorine substituents. Our previous studies showed that the rotational barrier of non-polar BODCA is very small – ca. 0.1 kcal/mol. – resulting in ultrafast dynamics. We anticipated that the polar analogues, if positioned at close distances in porous MOF architectures, could have orientation-dependent dipolar interactions with energies that are larger than the thermal energy and the structural barrier, resulting in spontaneous ordering with a Currie-Weiss-like behavior and a critical temperature that depends on the strength of the interaction. Indeed, the F2BODCA crystals (Figure 1) had the intrinsic barrier slightly larger than the room temperature thermal energies (ca. 1.7 kcal/mol vs. ca.  0.6 kcal/mol, respectively) while the dipolar couplings were on the same order (ca. 0.1 kcal/mol).

The realization of this project would not have been possible without an extensive collaborative effort between the Garcia-Garibay and Houk groups in Chemistry and Biochemistry, and the Brown Lab in Physics and Astronomy at UCLA. The scientific curiosity to characterize this ultrafast amphidynamic system with an emergent spontaneous order led to a highly interdisciplinary approach: building our own dielectric spectroscopy instrument to get insight into material polarization, running extensive density function theory (DFT) calculations to characterize coupled-motion dynamics, performing solid state NMR measurements between ca. 10 K and 300 K to confirm ultrafast rotation, and running Monte-Carlo simulations to reveal the effects of dipole-lattice and dipole-dipole interactions.

Looking ahead, we believe that crystals of dipolar molecular rotors offer the potential for controlling the anisotropies responsible for thermal, optical and dielectric properties, and provide one of the most promising platforms for the development of intelligent materials and artificial molecular machines. 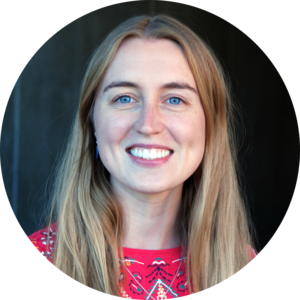