Combining the use of pharmacophores representing drug-target interactions with the theory of protein hotspots we developed a novel design protocol for fragment libraries. The SpotXplorer approach maximizes the coverage of X-ray confirmed binding pharmacophores at the most preferred target hotspots.

Fragment based drug discovery (FBDD) has truly come of age, demonstrating its usefulness in many drug discovery programs, providing clinical candidates and multiple approved drugs.[1] FBDD programs are routinely started by screening small and polar compounds (fragments) against the protein of interest. The reduced complexity of fragments provides more opportunity to make productive interactions with the target, however, their small size typically results in low affinity binding. Therefore, a library of fragments are screened in high concentration using mostly biophysical assays. Fragment screening libraries are generally compiled using ligand based physicochemical criteria such as molecular weight, lipophilicity, number of H-bond acceptors and donors etc.[2] In 2016, when our Innovative Training Network FRAGNET started with Iwan de Esch of VUA and Rod Hubbard of Vernalis and York University, many people considered the Rule of Three (molecular weight < 300, ClogP < 3, the number of hydrogen bond donors and acceptors each should be < 3 and the number of rotatable bonds should be < 3) as a general criteria for the design of fragment libraries.[3] At an annual FRAGNET meeting in Barcelona, we had a great discussion with Dan Erlanson, Chris Murray and Mike Hann, members of our advisory board, on the specificity and promiscuity of fragment binders. Recognising that some fragments appeared as hits more frequently than others, we were prompted to analyse reported fragment hits in depth and identified a number of promiscuous fragments forming different interactions with the targets. Since our previous investigations on the thermodynamics of fragment binding revealed that fragments preferentially bind to protein hotspots[4] (binding site regions with the largest contribution to the ligand binding free energy), we decided to combine the use of pharmacophores, the most general concept of representing drug-target interactions, with the theory of protein hotspots. Based on these concepts, we developed a new design protocol for fragment libraries.

In network technologies, a hotspot is a public wireless (WiFi) Internet access point, through which anyone can connect to the Internet with a suitable device. However, proteins found in the human body also have a hotspot, which serves as an access point for their endogenous ligands and interaction partners, and also for potential drugs. Knowing the location of the hotspot is important in our everyday communication, and even more so in drug discovery, as without knowledge on the hotspots of proteins, we can only find new drug molecules at random. As with the Internet, the range of protein hotspots is limited, so accurate knowledge of their location is essential to identify truly effective drugs. Using FTMAP,[5] a validated hotspot mapping technology from the Vajda group at Boston University, we identified the hotspot of each protein with a co-crystallized fragment available in the PDB.

Hotspots available in central Barcelona and in the MELK kinase On the left: higher number of blue rectangles indicate better chance for connection. On the right: a higher number of coloured FTMap probes at a certain location indicates a stronger hotspot and better chance for fragments to bind. (PDB ID: 4IXP. Green and grey colours indicate the N- and C-terminus of the protein.)

The SpotXplorer technology is based on the recognition that hotspots of human proteins have been created by evolution to recognize molecules produced by our own body. Since we have only a few thousand of such molecules, we hypothesize that protein hotspots cannot show infinite variety. Just as we need a user ID and password to connect to an Internet hotspot, protein hotspots also identify related molecules. In the case of molecules, the condition for binding is that the binding pattern of the molecule (spatial layout of H-bonding groups, aromatic rings, ionic centers, etc.) is recognized by the hotspot. Thus, by analysing the properties of hotspots known so far, binding patterns can be identified that will help finding suitable starting points for fragments that effectively bind to disease-related target proteins.

Our idea was to identify the set of binding patterns represented by fragment pharmacophores that covers the diversity of known hotspots and use them to design a small, efficient fragment library to recognize this diversity. In contrast to previous rule-based approaches, our design principles consider protein interactions responsible for fragment binding. Therefore, we analysed critical interactions found at the hotspot of target proteins to derive fragment pharmacophores represented in fragment-protein complexes available in the PDB. Using this information, we designed a minimal diverse set of fragments (the SpotXplorer library) covering the majority of the experimental binding pharmacophores to be used for the identification of fragment starting points for drug discovery targets. 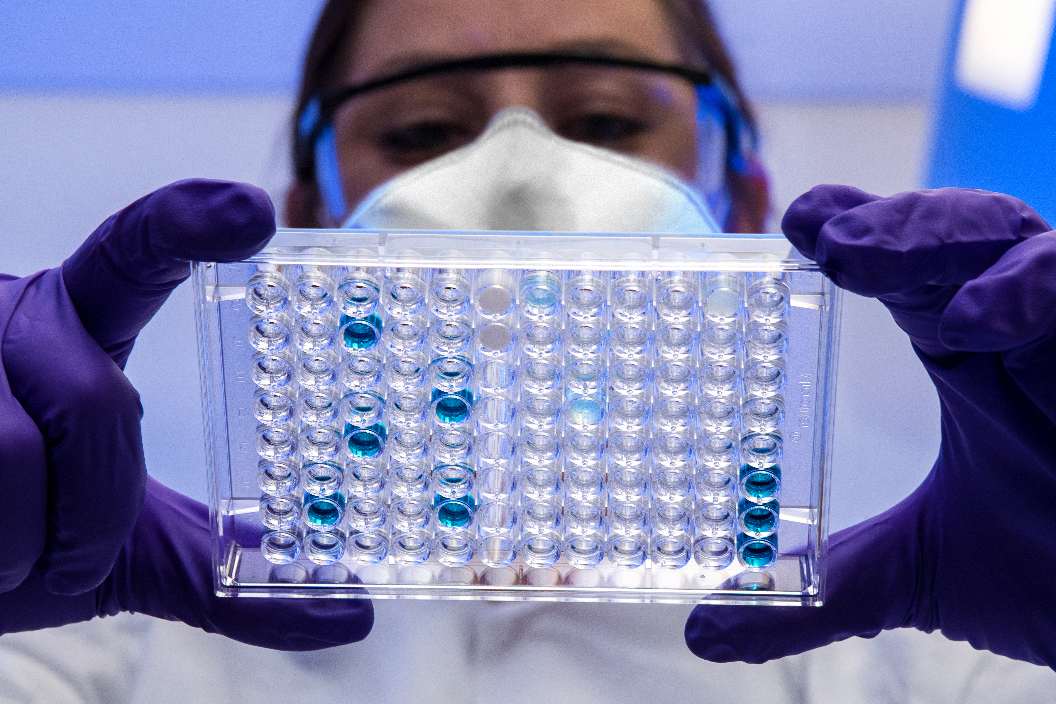 The SpotXplorer library contains 96 fragments that represents 90% of the experimentally confirmed fragment binding pharmacophores. The library is available for screening at the Diamond Light Source, UK (https://www.diamond.ac.uk/Instruments/Mx/Fragment-Screening/Fragment-Libraries0.html) and at RCNS, Hungary (http://medchem.ttk.hu/index.html). (Illustration. Source: Centers for Disease Control and Prevention)

Designed collection of fragments available in the SpotXplorer library carry more than 90% of the currently known binding patterns. In this sense, SpotXplorer outperforms virtually all currently available fragment libraries, which are usually only able to recognize less than half of the hotspot patterns. Therefore, it is likely that at least one of them is able to bind to the hotspot of almost any target protein. The SpotXplorer library has been first validated against well-known drug targets, represented by GPCRs and proteases, where the identified fragment hits retrieved an average of 70% of the known pharmacophores for these targets extracted from active molecules available in the ChEMBL database. Next, we challenged the library against emerging drug targets, including the histone methyltransferase SETD2 involved in acute myeloid leukaemia and two SARS-CoV-2 proteins involved in the pathomechanism of COVID-19. 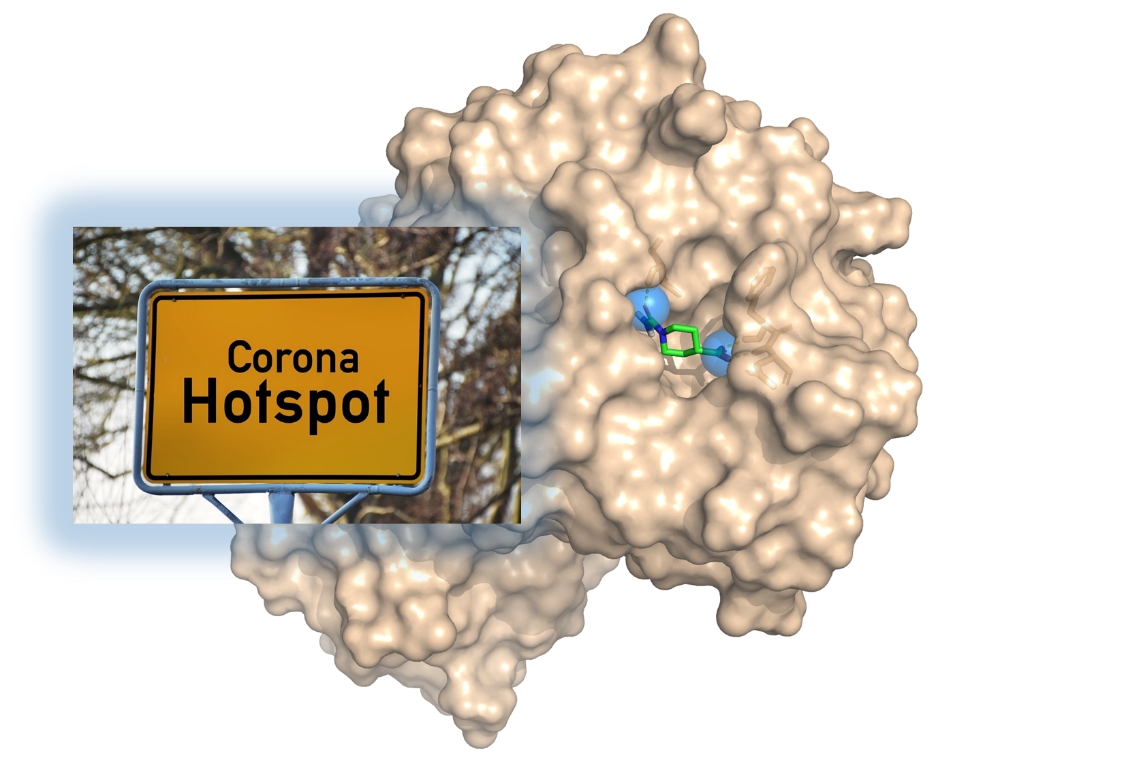 Screening against SETD2 resulted in the first cell permeable, non-nucleoside inhibitors that can be considered as viable starting points for further optimization. The XChem group at Diamond Light Source performed high throughput X-ray screening against the main protease (3CLPro) and the NSP3 macrodomain of SARS-CoV-2. These efforts yielded multiple fragment binders that were validated in both protein and cell based assays, inhibiting the replication of the SARS-CoV-2 virus.

Overall, we have developed a target-based library design protocol that provides fragment libraries for screening against relevant and emerging drug targets. Together with the viable chemical starting points, the technology provides the key pharmacophores for the target of interest that is encoded in each SpotXplorer fragment. In the lack of structural data, this information would be especially useful for follow-up primary hits.

From a glass of beer to modified DNA 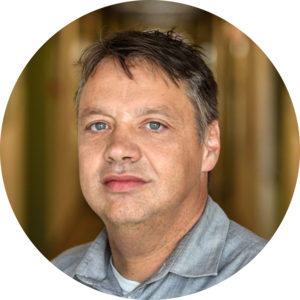