The combination of chemical gradients and mechanically switchable microtopography enables the dynamic control of microdroplet transport on stretchable surfaces.

+1
Ali Mazaltarim and 1 other See all
Doctoral Candidate, University of Nebraska-Lincoln
Follow 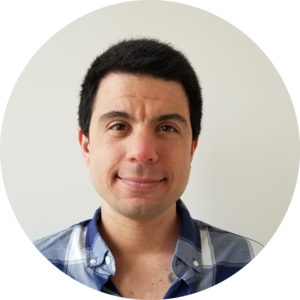 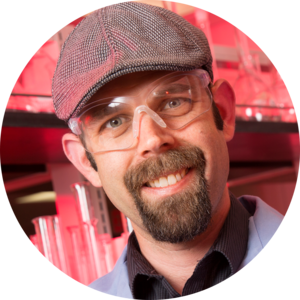 “How to make water run uphill,”1 is a classic report which described the spontaneous transport of microdroplets against gravity on surface energy gradients.  By demonstrating how surface chemistry can be used to program the transport of droplets, this work inspired a new line of research focused on developing microdroplet transport technologies for numerous applications.

Despite all the impressive advances that have stemmed from this big idea, microdroplet transport using chemical gradients has remained relatively primitive—droplet transport is still unidirectional and uncontrollable, in that transport generally cannot be stopped or otherwise tuned once it begins.  Our research, which focuses on understanding the unique surface properties of elastomeric polymers and applying this knowledge to the development of new mechano-adaptive materials, seemed naturally suited to addressing these existing limitations.  We recently developed a general procedure for the synthesis of periodic chemical gradients on soft stretchable surfaces with an eye toward advancing microdroplet transport using them.2  The question was how?

How does one control the spontaneous transport of droplets on chemical gradients?

This question has gone unanswered for decades.  Of course, we need a dynamic “braking” system to regulate transport, but what exactly would that look like?  Droplets are not cars, and we would not be able to interact with them easily once they were deposited, so our brakes needed to be applied otherwise.  That is when it hit us: passive braking systems (i.e., speed bumps) are used in transportation systems to great effect, and it is well known that microtopography is critical to surface wettability.  We realized that the key to controlling transport dynamically would be to incorporate rapidly switchable surface roughness (i.e., dynamic speed bumps in this analogy) in our chemical gradients.  Conceptually, our approach was simple, but powerful: a surface chemical gradient generates a driving force for microdroplet transport while mechano-adaptive microtopography acts as the dynamic braking system which can slow down or even stop droplet transport (Figure 1).  We termed this approach “microdroplet transport on microtextured chemical gradients.”

An analogy given fundamental context

where Fd is the driving force (the positive term) which depends on droplet contact area and gradient “steepness” and Fh is the hysteresis force (the negative term) which scales with droplet radius.  It was most intuitive to imagine that stretching the elastomer support would change the length of the gradient and therefore decrease its steepness, however, we quickly realized that the strain values required to elicit significant changes to droplet transport exceeded those practical to operation.  Our group had also previously investigated the spontaneous formation of microscopic, wrinkled topographies that result from the mechanical mismatch between hard overlayers (formed during surface activation/coating) and soft polymer supports.3  These microwrinkles introduce surface roughness that influences droplet wettability and we hypothesized they would also affect microdroplet transport following the speed bump analogy.  Indeed, when we measured microdroplet transport on gradients with microscopic surface wrinkles, the nature of the wrinkles (amplitude and spacing), proved crucial to transport characteristics (velocity, droplet volume, etc.) on gradients (Figure 2).  We realized then that Eq. 1 was incomplete as it did not account for roughness effects which regulate transport in our system.

In our work, droplet wettability followed the Wenzel wetting model where the surface roughness (r) modulates the droplet's contact angle (θ) according to:4

Here, r is the arithmetic average roughness, θe is the equilibrium contact angle, and θs is the contact angle on a smooth surface.  Through substitution of Eq. 2 into Eq. 1, we arrive at a modified version of the net driving force:

which included r in the hysteresis term.  This equation, where the substitution described has been experimentally corroborated,5 provided sound rational for the expectation that increasing or decreasing roughness would tune transport, however, we needed empirical support.  Therefore, to probe the effects of roughness on microdroplet transport, we performed a series of transport studies using gradients with mechanically tunable microwrinkles that provided convenient control of roughness.

Here, we discovered a significant deviation between Eq. 3 and experimental observations which we attributed to overestimation of the driving force, as has been argued in prior studies.6  We introduced an empirical fitting parameter (C) into Eq. 3 which accounted for this discrepancy:

We conducted several experiments at different roughness states to verify that Eq. 4 accurately predicted the droplet radii where microdroplet transport ceased.  With this experimental validation, we now had a predictive model that accurately described transport in our system and ultimately enabled the design of functional fluid handling devices.

In this work we demonstrated self-cleaning surfaces and droplet sorting devices directly, however, we view these applications as just the beginning.  It is our hope that this study will catalyze new research focused on mechano-adaptive chemical gradients with potential applications in energy generation, water harvesting, and advanced microdroplet reactors, to name a few. Further, we envision the use of mechano-activated periodic chemical gradients together with external energy input systems as avenues toward ever more sophisticated functions applicable to surface fluidic, lab-on-chip systems. Despite the complicated nature of droplet transport based on wettability gradients, the potential capabilities of such droplet transport systems are significant when the fundamental details are given careful consideration (as highlighted in our work). We are excited by the possibilities unlocked by mechano-adaptive chemical gradients and believe our efforts are only a preview of what is to come.

The research article was published in Nature Communications and can be found online.

For more information about the Morin research group at UNL please visit our website.