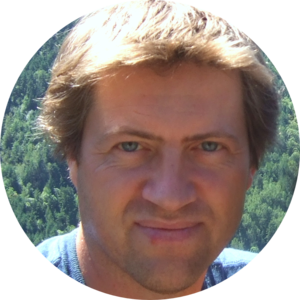 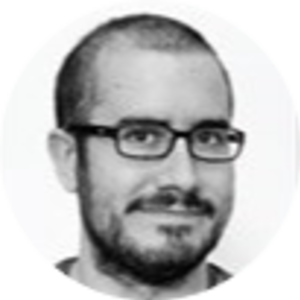 A bit of radical history

One of the most fundamental distinctions in molecular chemistry is that between compounds with all electrons paired in doubly occupied orbitals and those which possess one or more unpaired electrons. The latter so-called radical molecular species are generally highly reactive due to the instability of their partially filled orbitals leading to a strong oxidising capacity. Although radicals are thus often short-lived, some radicals can persistently maintain their unpaired electronic state.  At the beginning of the twentieth century, Moses Gomberg reported the first persistent fully-organic radical molecule (triphenylmethyl) [J. Am. Chem. Soc., 1900, 22, 757] which launched the field of organic radical chemistry. Triphenylmethyl is now known to be one example of the wide class of triarylmethyl (TAM) radicals. TAMs are composed of three aryl rings connected to a central sp2 carbon atom, where the unpaired electron mainly resides (see Fig. 1). The twisted conformation of the three aryl rings with respect to the central carbon atom plane was first proposed by Gilbert N. Lewis et al. in 1944 [J. Am. Chem. Soc., 1944, 66, 1579] Some 25 years later, Manuel Ballester and co-workers found that functionalizing the three aryl rings with chlorine atoms increased the steric protection of the radical centre and enormously increased the kinetic stability of TAMs [J. Am. Chem. Soc., 1971, 4254, 2215].

The unpaired electrons of radicals have a net spin moment and towards the end of the 20th century TAMs were first employed as polymeric building blocks for making high-spin organic magnetic materials [Science, 2001, 294, 1503] The high stability of chlorinated TAMs and their range of unique physicochemical characteristics has since spawned the use of these radicals in a number of different applications [Chem. Soc. Rev., 2012, 41, 303].

From twisting to two dimensions

In 2015, at the University of Barcelona, just a few metres away from the lab in which Ballester discovered how to dramatically increase TAM stability, we sought to use quantum chemistry to predict how to control the properties of these intriguing compounds. We quickly realized that the twisted aryl rings studied by Lewis long ago, were key. Specifically, we showed that the localization of the spin-carrying unpaired electron in TAMs was determined by the average twist angle of the three aryl rings (i.e. ϕ1, ϕ2 and ϕ3 in Figure 1) – a relation that held even at room temperature [RSC Adv., 2015, 5, 98593]. Specific fixed aryl ring twist angles can be obtained in TAM-based molecules by chemical design. However, to exploit this structure-property relationship in real-world applications, we wanted to find a way to manipulate TAM twist angles by external means.

And here is when the two dimensions came along. To mechanically twist aryl rings of a collection of TAMs in a similar and reproducible way by external means, we suggested integrating these radicals in a robust framework, to which mechanical stress could then be applied. This led us to design our first TAM-based 2D-covalent organic radical framework (or 2D-CORF) and theoretically study its conformational, electronic and magnetic changes under the application of an uniaxial strain (Figure 2a,b). [Chem. Sci., 2017, 8, 1027] Our results clearly showed that the principle worked, and spin localization, the electronic band gap and magnetic interactions could all be significantly and reversibly changed with respect to in-plane strain of the 2D-CORF. Moreover, we showed that these changes were related to the variation of the average dihedral angle of all aryl rings in the material, generalising the relation previously found for individual molecular TAMs.

Although aryl ring twist angles are a great tool for tuning the characteristics of 2D-CORFs, the way in which the TAM building blocks are connected togther is also fundamentally important. From studies of TAM-based bi-radical molecules, it is well known that the way the radical centres are connected can lead to different types of electronic and magnetic interactions between the unpaired electrons. For example, meta-connected TAM dimers lead to unpaired electrons with a tendency for ferromagnetic interactions. Conversely, para-connected TAM dimers can lead to unpaired electrons with antiferromagnetic (AFM) interactions but can also show electron pairing. In our first 2D-CORF the TAM units were meta-connected (Figure 2b), however, what should we expect for para-connected 2D-CORFs? In 2017 [Nat. Commun., 2017, 8, 1957], we predicted that para-connected TAMs in hexagonally ordered 2D-CORFs (Figure 2c) could potentially exhibit a wide range of electronic solutions which go beyond their bi-radical molecular analogues. These hexagonal 2D-CORFs, like graphynes, can be thought of extended chemical generalisations of graphene in which the characteristic semimetallic electronic structure with linear Dirac bands crossing at the Fermi level was found to be accessible. However, in line with the chemistry of TAM bi-radicals (Figure 3a), we found that the most stable electronic solutions for hexagonal TAM-based 2D-CORFs (and graphynes) were the open-shell (multi-radical) AFM and the localized closed-shell (quinoidal) configurations. Unlike the semimetallic state, these states exhibit significant semi-conducting electronic band gaps, thus increasing the potential of these materials in future switchable electronics/spintronics. In early 2018, the first ever 2D-CORF was synthesised using Ballester’s stable chlorinated TAMs connected in a hexagonal planar lattice. [Angew. Chemie Int. Ed., 2018, 57, 8007] The material was found to be an AFM semiconductor in-line with our general previous predictions for such materials.

Bringing it all together

Our recent work, somewhat delayed by the Covid crisis, builds upon and combines all the ideas of our previous studies in this area. The question was: “Could we use strain/stress to manipulate the twist angles in para-connected TAM-based 2D-CORFs to access different electronic solutions in a reversible manner?” First, we tried out-of-plane compression. Flattening of the aryl rings should increase the overlap between neighbouring TAM units which, in turn, should enhance electron delocalization. Indeed, we found that under modest compressive pressure the Dirac-like semimetallic solution in hexgonal 2D-CORFs could be significantly stabilised with respect to the open-shell ground state. [Adv. Funct. Mater., 2020, 31, 2004584] Following above described earlier study on meta-connected 2D-CORFs we then investigated uniaxial in-plane strain. In the present paper, [Nat. Commun., 2021, 12, 1705] we demonstrate that uniaxial strain has an anisotropic effect on the twist angles of the aryl rings in the TAMs in a hexagonal 2D-CORF such that some aryl rings flatten and some rotate out-of-plane. Ring flattening between radical centres strongly increases the electronic coupling between the initially unpaired electrons, which leads to electron pairing. Conversely, out-of-plane twisting of aryl rings between radical centres tends to increasingly decouple the unpaired electrons. This structural response thus leads to electron pairing through selected nearest neighbour TAM-TAM connections in the strained 2D-CORF (see Figure 3). This somewhat unintuitive effect, whereby pulling a material apart induces electrons to come together, highlights the important chemical role of twistable aryl rings in these systems. To confirm that this 2D radical-quinoidal transition is of potential practical use we also use ab initio molecular dynamics to show that the effect persists at room temperature. We also highlight that, unlike graphene and typical inorganic 2D materials, 2D-CORFs are significantly more amenable to being strained and thus only very modest in-plane stress would be required to induce the reported electronic changes.

The chemical distinction between open-shell (radical) and closed-shell (electron-paired) molecular systems is fundamental. Although chemical design can be used to tune the properties of individual bi-radicals, we propose that suitably designed 2D-CORFs could open the door to dynamic and reversible control of these states in a massively parallel manner. 2D-CORFs thus represent a new class of 2D flexible organic materials with uniquely strain-switchable optical, magnetic and electrical characteristics. Our predictive work highlights the power of rationally designed organic radical-based materials for future technologies which we hope will inspire further developments in this direction.