Structural details of a bacterial enzyme related to human disease

Human microbiome is still a vast and unexplored universe. Trillions of microorganisms, mostly bacteria, residing in our gastrointestinal tract contribute with over 300 million genes, a lot of them with still unknown function. In order to survive, bacteria have various adaptations in their specific environments and our gut is no exception. Some of the metabolic activities of microbiota can be beneficial while others might be of harm for the host and the complicated host-microbiome interactions is an exciting research area1,2. In our study we have focused on one of the activities, that can be carried out by our gut bacteria – the reduction of urocanic acid. This process is mediated by an enzyme urocanate reductase (UrdA) and the resulting metabolite is imidazole propionate (ImP), which is worth a closer inspection.

In 2018, Koh et al.3(University of Gothenburg) reported a discovery that ImP is increased in people with type 2 diabetes. Moreover, the gut microbiota of diabetic patients was better able to produce this metabolite compared to healthy individuals as well as a worse glucose tolerance was observed in mice, administered ImP. In order to push the studies of ImP production mechanism further the researchers at the University of Gothenburg (PI – Fredrik Bäckhed) decided to team up with structural biologists at Lund University (PI – Karin Lindkvist) to get insight into the culprit of the issue – the UrdA.

The UrdA from Shewanella oneidensis was previously characterized by Bogachev et al. in 20124, however, no X-ray structures of this enzyme were available. It is a reductase consisting of a FAD binding domain as well as a covalently bound FMN at the N-terminal part. We have solved four structures of ligand binding domains of UrdA (expressible in E.coli with no need of covalent FMN attachment), each representing a different conformation. UrdA has a mobile domain, which adjusts depending on the bound ligand, which we could clearly see in our structures: in complex with ADP (instead of FAD) the protein adopts a closed conformation while when the FAD is bound the mobile domain opens up. At this point a substrate urocanate is able to access the binding site and subsequently stabilize the protein in an intermediate closed state, with binding site residues interacting with the substrate. The structure in complex with ADP was the first one we solved and it came as a surprise, not only due to wonderful diffraction to 1.1Å resolution, but also, because we expected to see the structure in complex with FAD and urocanic acid, as the latter was added to the sample. However, the binding site contained no substrate and instead of FAD cofactor the protein had a bound ADP, which seemingly had replaced the FAD during the expression in E.coli. We have then moved on to supplementing the samples with FAD prior crystallization and could achieve the structures with ligands in the binding site. However, the ADP complexed protein provided additional insight into the conformational mobility of the protein and was a valuable result. In the structure in complex with urocanate bound we could see in great detail the binding site interactions, but the next structure we solved in complex with ImP added the crucial information that could provide insight into the catalysis mechanism. We could identify the amino acid residues in the binding site, that undergo changes comparing the product versus substrate bound state and get insight into how the UrdA functions.

We hope that the results from our study can be used to explore the possibilities of UrdA inhibition in order to prevent the negative effects of imidazole propionate and can serve as a starting point in structure-based drug design. 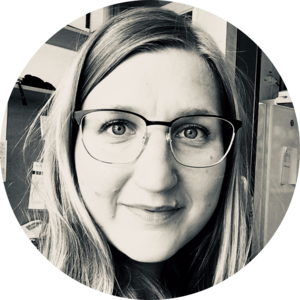