The plant RNA editosome restores the essential functionality of mutated mitochondrial and chloroplast genes at the mRNA level by cytidine deamination. The structure of the editosome's catalytic center, the DYW domain, now sheds light on plant RNA editing catalysis and its unusual mode of regulation.

+1
Gert Weber and 1 other See all
Researcher, Helmholtz-Zentrum-Berlin
Follow 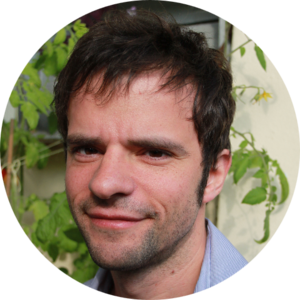 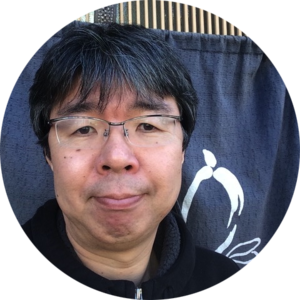 With this post, it is our goal to provide background information on the laborious and long way to the first structures of the plant RNA editosome’s catalytic center, the DYW domain, now published in Nature Catalysis. Starting in 2010, Mizuki Takenaka (from 2003 - 2017 part of the Molecular Botany group at Ulm University led by Axel Brennicke), Gert Weber (from 2009 - 2016 part of the Structural Biochemistry group at FU Berlin led by Markus Wahl) and Christian Schmitz-Linneweber (leading the Molecular Genetics group at HU Berlin) teamed up to structurally characterize the plant RNA editosome. This protein complex catalyzes cytidine deamination in chloroplast and mitochondrial transcripts to restore the function of defective genes and is thus crucial for plant survival. Beyond fundamental research aspects, biotechnological or medical applications of RNA editosomes are conceivable since genes may be re-programmed site-specifically through C-to-U or U-to-C conversion at the mRNA level, leaving the DNA unaltered.

Our goal was to determine X-ray structures of the plant RNA editosome’s protein components like the pentatricopeptide repeat (PPR) proteins (which confer RNA specificity), MORF proteins, and also the catalytic moiety of the editosome - the DYW domain. Many researchers had attempted to produce DYW-type PPR proteins recombinantly to study their structure and function – however, with very limited success. Likewise, in our approach, the initial enthusiasm was dampened by insoluble protein as outcome for nearly all of the expression constructs tested. Some of the proteins were artificially kept in solution by highly soluble MBP or GST fusion partners, however, precipitated after tag cleavage. While in 2013 the first structure of a PPR protein bound to RNA was published by Chinese researchers1 and we had obtained the first crystal structures of MORF proteins in 20172 the following will only address our efforts towards a DYW domain structure and its functional characterization.

Back in 2014, as an alternative approach to larger proteins, we screened expression constructs of only C-terminal E-DYW domains or DYW domains from various DYW type RNA editing factors. In 2015, we obtained the first soluble DYW protein from one of the OTP86-derived constructs (OTP86DYW) on a larger scale, although with very low yields. The protein was instable and lastly failed to form crystals. In 2016, we realized that OTP86DYW was not well folded due to the purification procedure with Ni-NTA sepharose – the high imidazole concentrations during elution apparently competed with the DYW domain’s zinc ion coordination. Therefore, the hexa-histidine tag used for affinity chromatography was replaced by a strep tag, which unfortunately did not increase protein yields, however, protein stability was markedly improved.

We were all shocked and very sad when Axel Brennicke, our mentor who co-discovered RNA editing in plant mitochondria3–5 and initiated this project with us, passed away in February 2017 following a severe disease. Seven months later, Mizuki Takenaka moved to Kyoto University as an associate professor and initiated a new group in the laboratory of Toshiharu Shikanai, who discovered the first RNA editing factor in chloroplasts in 20056. Later in the same year, we obtained first crystals of OTP86DYW, however, diffracting to a low resolution - not sufficient to solve the structure.

In 2018, after an interim chair at the University of Greifswald, Gert Weber joined the Macromolecular Crystallography (MX) group at Helmholtz-Zentrum Berlin (HZB). The group maintains three well-equipped state-of-the-art synchrotron beam lines for macromolecular crystallography and is also providing expert support and infrastructure for external users7. HZB was the ideal environment to refine the crystals of OTP86DYW and solve the structure in March 2018 by experimental phasing employing zinc as an anomalous scatterer. We soon realized that OTP86DYW seems to be in an “inactive state’ since the active site was sterically blocked by a structural element we coined ‘gating domain’ and the coordination geometry around the catalytic zinc ion was clearly not poised for catalysis .

In January 2019, we teamed up with the Knoop group at Bonn University who provided an orthogonal RNA editing system in E.coli along with a detailed protocol8. Based on the structure, we cloned about 100 OTP86 DYW domain constructs and analyzed each of them for solubility and editing activity. In October 2019, we developed an in vitro RNA editing assay with a purified recombinant PPR56-OTP86DYW chimeric protein, verifying cytidine deaminase activity of OTP86DYW. This in vitro system, established independently from a recently published work9 and also thermal melt assays (Thermofluor) allowed us to analyze the effect of ATP, GTP and the cytidine deaminase inhibitor tetrahydrouridine - all activators of the in vitro RNA editing reaction.

The functional studies in 2019 and 2020 were accompanied by several additional OTP86DYW crystal structures in the presence of activators, which revealed the activated structure where the zinc ion is in a catalytically competent coordination setting and the active site accessible to substrates. Unfortunately, we were not able to locate activators, substrates or products in about 100 high resolution datasets collected. However, we are confident that our work will pave the way towards substrate- and activator-bound structures of DYW domains in the near future.

We consider our structural and functional data of the editosome’s DYW domain a milestone in the RNA editing field, explaining and corroborating a plethora of prior studies. Our study will unlock possibilities to obtain a substrate-bound structure of a DYW domain and also alleviate approaches to obtain cryo-EM structures of an entire editosome bound to RNA. Lastly, with the structures providing pioneering high-resolution snapshots of an RNA editosomal catalytic center, we may have uncovered a yet unknown metalloprotein regulation principle. A protein-guided regulation of a metal coordination setting that can either leash or unleash zinc reactivity may apply also to other metalloenzymes. For more information, please find our study published in Nature Catalysis here: http://dx.doi.org/10.1038/s41929-021-00633-x