In many scientific fields, a fundamental understanding came before new materials were developed. In heterogeneous catalysis, we face to some extent a different situation. The catalysts, which are used in industry, are well-known for decades, and researchers still argue why they work so well.
Arik Beck
PhD Candidate, ETH Zürich
Follow
Like Liked by Loganathan Kulandaivel

Copper-zinc-alumina is used in industry to catalyse the synthesis of methanol from CO2, but many aspects of its high performance remain elusive. Now, by using in situ and operando techniques over four orders of magnitude in pressure, the authors show how the catalyst structure and kinetics change wi…

Heterogeneous catalysts (solid materials that enable the selective and energy efficient transformation of molecules) are the backbone of the modern chemical industry and the energy conversion sector. In this field, the majority of the highly efficient catalysts have been discovered more than five decades ago. Those catalysts were developed, in part, on the basis of heuristic arguments and trial-and-error synthesis. Ever since the material’s discovery, researcher try to understand why a particular material is so active for a specific chemical transformation. Provocatively spoken, in catalysis, we already have the advanced material but we do not have the fundamental understanding. But without the fundamental understanding, we cannot develop catalyst that are more efficient than the current materials.

The endeavor is made more difficult since the many methods to characterize specific features of a catalyst have different limitations to the conditions they can operate in. Ideally, one would like to look at the catalyst under the conditions it has to work in the industrial process.

This was the situation we were facing, when we decided to study a catalyst that is famous in the field of heterogeneous catalysis: The copper-zinc-alumina (CZA) catalyst. This catalyst is mainly used for the production of methanol from carbon monoxide, carbon dioxide and hydrogen. Methanol is an important building block molecule and is currently considered as hydrogen storage molecule for green hydrogen. This process operates at a pressure of 10 bar or higher due to thermodynamics. In the last 40 years an enormous amount of research was dedicated to understand why this catalysts works so well, but these efforts resulted in very different proposed models how the catalyst functions.

We had the possibility to use several different characterization methods that would allow us get insights into interesting features of the CZA catalyst. The methods, we were considering to use, however, are not able to operate at such high pressures. One was limited to 1 mbar total pressure, another one was limited to 1 bar. We thought about this situation and decided, that before we do anything else, we have to understand what different pressures mean for the CZA catalyst’s structure.

There are some characterization techniques which have no pressure limitations; X-ray absorption spectroscopy (XAS) is one of these techniques. Consequently, we applied for experimental time at the Swiss synchrotron, called Swiss Light Source (SLS), to carry out XAS experiments. In these experiments, we could vary our pressure from 1 mbar to 10 bar, which is four orders of magnitude and covers the full range of interesting pressure conditions. So we repeated a set of tests for the catalyst keeping everything constant and only changing the pressure.

When we started to analyze the data, we realized what wealth of information our data set contained. We found that the catalyst is extremely sensitive to the pressure conditions it is exposed to. And that the catalyst operated at a low pressure will not be transformed into a state it easily transforms to at higher pressure. Understanding these details, made us look back at all the controversies and inconclusive findings that existed in the literature. With our work, a lot of these seemingly contradicting results from the past could be explained. The research works were often carried out at different pressures. With the results we had, we could see why different things were observed at different pressure conditions.

Now, that we may arrived at a better understanding of the past research, we hope that the scientific community is actually able to merge all the knowledge and finally develops a better catalyst, which will reduce the energy consumption of this process drastically and allows the use of this catalyst for the direct conversion of carbon dioxide.

But the work goes beyond the understanding of the CZA catalyst, it unveils a very fundamental demand for research: Study materials under relevant conditions. How a material behaves is often very difficult to predict since any material transformation is always a mix of a thermodynamic driving force and kinetics barriers. So, observations made for a material are often only valid for the very set of conditions applied and any extrapolation to other conditions is fraught with pitfalls. This leads us into the direction to go, when we want to understand materials. We have to develop characterization tools that are able to capture the material under its working conditions. Everywhere, were this is not possible, we have to first establish the relation of the achievable conditions during the experiment and the actual working conditions. Our work shows one way, how to do this, but there are many other possibilities to do so. When this relation is established, the data can be interpreted in a sensible way.

Here you can read the full article in Nature Catalysis.

More about the van Bokhoven group at ETH Zürich. 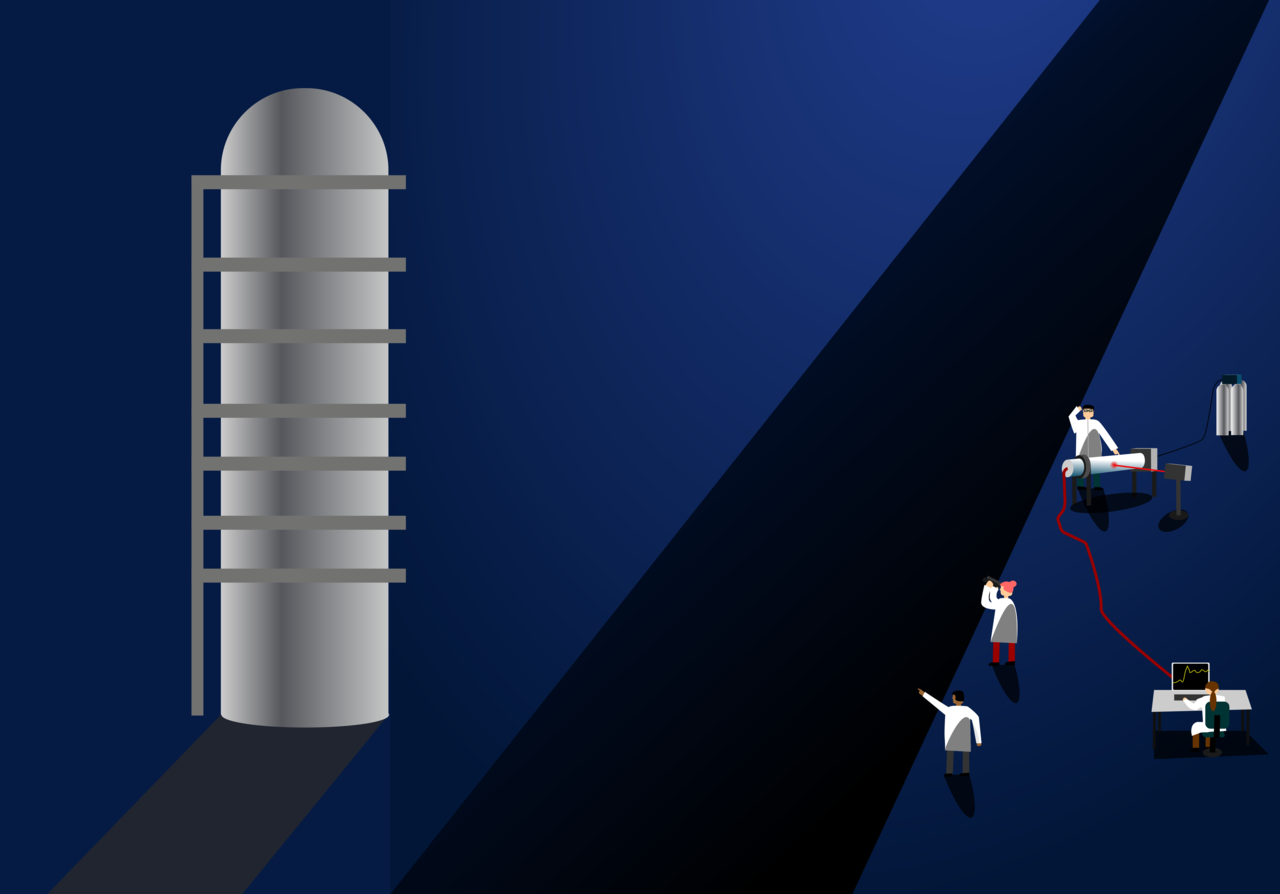 In many scientific fields, a fundamental understanding came before new materials were developed. In heterogeneous catalysis, we face to some extent a different situation. The catalysts, which are used in industry, are well-known for decades, and researchers still argue why they work so well.