As highlighted in the title of this paper1, we report that certain porphyrin derivatives are capable of forming two unprecedented types of self-assembled structures: double-stranded Archimedean spirals and concentric toroids. Although we have been studying the self-assembly of similar porphyrin derivatives for more than ten years, the present results were quite unexpected. This study both illustrates the richness of self-assembled structures at higher levels of hierarchy and demonstrates a topological effect in noncovalent synthesis.

The first author of this paper, Norihiko, joined our group in April of 2017 form the group of professors Toshiyuki Itoh and Toshiki Nokami in Tottori University. Until then, our group had established ‘living supramolecular polymerization'2, and in 2017, we succeeded in extending this concept to two dimensions by using porphyrin 6HH to produce supramolecular nanosheets with controlled areas3. Obviously, our next challenge was to control various features of the shape of these supramolecular nanosheets, such as their aspect ratio. To this end, Norihiko immediately began to design and synthesize new porphyrin monomers.

Although we believed that we had a reasonably thorough knowledge of the mechanism of living supramolecular polymerization and the design principles for the relevant monomers, none of Norihiko’s new porphyrin monomers yielded supramolecular nanosheets. After struggling with several porphyrin monomers, we remembered a discussion with Professor Itoh, a former chairman of the Society of Fluorine Chemistry of Japan (2013–2015): he said with a smile, “Fluorine is so unique. I am sure you will find something unexpected with it.”

With this in mind, we synthesized a new porphyrin monomer bearing fluorinated side chains (6FF in Fig. 1a). Actually, we were still ‘expecting’ that 6FF would form a supramolecular nanosheet, similar to that of 6HH, but with a distinct aspect ratio. Norihiko performed the usual AFM measurements on the self-assembled structure of 6FF; much to our surprise he observed a one-dimensional supramolecular polymer which coiled into Archimedean spiral to form a circular nanosheet (Fig. 1b). I would say that this was what we had “expected”, in a sense that he indeed obtained supramolecular nanosheets with a distinct aspect ratio (or circularity) of 1; however, it was achieved in a completely unexpected way. What Professor Itoh said was true!

Norihiko presented this work at the 14th International Symposium on Macrocyclic and Supramolecular Chemistry (ISMSC2019) in Lecce, Italy, and won the Nature Communications Best Poster Presentation Award. However, we were aware that we had insufficient data to understand this unusual self-assembled structure. Collaborations with Dr. Kikkawa (NIMS), the Hasegawa group (Kyoto University), the Adachi group (KEK), and the Meijer group (Eindhoven University of Technology) were crucial, and led us to even-more-exciting findings, one of the highlights of which is that the Archimedean spirals are actually double-stranded (Fig. 1c). Another highlight is that we found that by taking one step further we could obtain a second series of unusual structures: supramolecular concentric toroids.

By the way, Norihiko has kept working on the original project and has recently succeeded in synthesizing supramolecular nanosheets with distinct aspect ratios using a different porphyrin monomer, as we reported several months ago4. 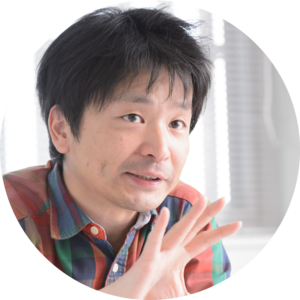