The synthetic strategy for assembling microporous crystals has evolved drastically in the last several decades. Zeolites, one of the most traditional microporous crystals, are composed of aluminum, silicon, and oxygen atoms that are tightly bound with strong covalent bonds. Resultant porous frameworks are robust against the desolvation of guest molecules that are adsorbed in the micropores. In the late 20th century, researchers found that certain crystals made up of multidentate organic ligands and metal ions work as microporous materials. Therein, coordination bonds connect the constituent molecules and atoms and keep them from corruption during the drying process. Soon after this finding, hydrogen-bonded frameworks are likewise developed.  Although such non-covalent bonds (coordination bonds or hydrogen bonds) are thermodynamically less stable than covalent bond, materials built up with non-covalent interactions have advantages in some aspects such as designability, structural flexibility, and stimuli responsivity.

Here, we report a functionalized microporous crystal that are sustained via van der Waals (VDW) forces.1 Upon solvent-assisted thermal annealing, a newly synthesized donor-acceptor type dendritic molecule assembles to form a porous crystal. Although attractive force between the constituent dendrimers are very weak, the crystal maintains its structural integrity even after the complete drying of the solvent molecules. The vacant space, emerged by the desolvation, can trap gaseous molecules. Concomitantly, the porous crystals change its colour typically from yellow to red due to the dipole-dipole interaction with the adsorbed molecules. In particular, the colour change is drastic when the porous crystal is exposed to water moisture. The colour change occurs abruptly when the relative humidity exceeds a certain threshold (40–50 %RH at ambient temperature), at which the surface of the pore alters from hydrophobic to hydrophilic. Detailed spectroscopic investigations and computer simulations reveal that the outermost dendrons are mobile in the crystals and rotate synchronously at the threshold humidity. Although the predictable synthetic methodologies for VDW crystals has not yet been established, we are sure that such weak bonding nature of VDW porous crystals possess distinct virtues in processing or stimuli responsivity. 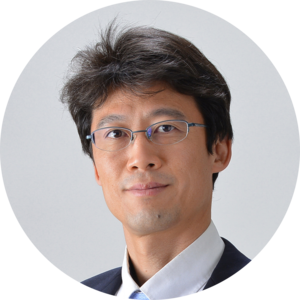