Testing of water splitting electrocatalysts in aqueous model systems – is this benchmarking appropriate?

The transition towards a sustainable energy system based on hydrogen as an energy vector relies on the successful development of green hydrogen production technologies. Water electrolysis powered by renewable energy sources is the most promising one, but the limited availability of stable electrocatalysts to drive the oxygen evolution reaction (OER) at their anode is one of its main bottlenecks. Thus, it is unsurprising that the amount of research dedicated to the synthesis of alternative OER electrocatalysts is continuously increasing. In fundamental research, catalysts are primarily synthesized in small amounts due to laboratory or budget limitations, and to allow a faster screening of promising compositions. These are tested as electrodes in long-established and reliable aqueous model systems (AMS), such as the rotating disc electrode (RDE).

In terms of measuring electrocatalytic mass activity, these systems are evenly matched with the membrane electrode assemblies (MEA), which feature a proton exchange membrane (PEM) and are typically used in industrial water electrolysers. In terms of stability, however, indications for a severe discrepancy between both systems have manifested in fundamental research as well as applied research throughout the years.

Thus, the implications of a standard practice statement in any catalyst developing laboratory, “Let’s now test our catalyst in RDE.”, might be striking.

As shown in Figure 1, a closer look at both systems reveals that the premises related to their comparability could not be more distant.

AMS, as shown in Figure 1 a), is the more straightforward system. The reaction products as well as the dissolution products from the anode catalyst layer diffuse to the bulk, which consists of diluted acid. The MEA, on the other hand, as shown in Figure 1 b), is a far more complex system. The reactant (deionized water) and the electrolyte, present here in solid state in the form of a PEM, are here decoupled. Thus, the reaction products H2 and O2 stay at their respective electrode circulations. Dissolution products from the anode side, however, have two ways to escape the catalyst layer: the transfer into the anode water cycle or transfer through the membrane.

The simplest and prevalent way of stability determination in AMS are protocols where the electrocatalyst is subjected to a constant current for a long time. When the potential jumps to hold the current, the catalyst is considered to be degraded.

Recently, sophisticated in-situ techniques, which directly monitor catalyst dissolution were developed. In particular, systems such as electrochemical flow cells coupled to analytics or the electrochemical quartz microbalance allow a deeper understanding of degradation mechanisms [1, 2]. Irrespective of the degree of complexity, all of these methods have one common flaw: stability of electrocatalysts is, in comparison to practical application, gravely underestimated.

If the lifetime expectancy of OER catalysts estimated from AMS was accurate, all known catalysts would fully degrade in several hours to a year at a typical current density of 1 A mgIr-1. Electrolyzers based on the MEA technology operate within much longer timescales, and system failure might originate somewhere besides the catalyst layer. As the indications for this discrepancy are evident, an obvious question arises: Are aqueous systems suitable to estimate catalyst stability behavior on the industrial scale?

In our work On the limitations in assessing stability of oxygen evolution catalysts using aqueous model electrochemical cells, we put the widespread practice of testing OER electrocatalysts in AMS under scrutiny. We developed an MEA setup specifically designed to determine the actual catalyst dissolution rates, avoiding potential errors from catalyst redeposition across the testing setup by galvanic replacement. The results were compared against stability measurements in our scanning flow cell coupled to an inductively coupled plasma mass spectrometer (SFC-ICP-MS), an established AMS. For an identical iridium oxide catalyst, we observed a huge stability discrepancy of several orders of magnitude between AMS and MEA, as shown in Figure 1 c) when employing the S-number as an electrocatalyst stability metric [3].

The first experimental evidence for this dissolution discrepancy was accompanied by a systematic study on the origins of the discrepancy. Experimental factors that are known to differ between AMS and MEA, such as loading, mass transport conditions, the potential presence of dissolved ions in the anode water feed of the MEA, and the effective pH, were tested individually. The study concludes that two factors are most relevant for the observed differences: a likely higher pH in MEA than generally accepted in the literature and a stabilization of the MEA after several hours of operation time.

The results presented in this paper should be taken as a critical view about the relevance of widespread aqueous model testing for industrial application. Further research should examine if aqueous model systems can be utilized as an ideal system for accelerated stress tests or if new methods for testing newly developed catalysts, like gas diffusion electrodes, have to be fostered.

The work was a collaborative effort of the Helmholtz Institute Erlangen-Nuremberg (HI-ERN) at Forschungszentrum Jülich GmbH and the Center for Applied Energy Research Garching (ZAE Garching) within the Kopernikus P2X Project funded by the German Federal Ministry for Education and Research (BMBF). We warmly thank the co-authors M. Möckl, D. Escalera-López, K. Stojanovski, M. Bierling, T. Böhm, S. Thiele, M. Rzepka and S. Cherevko; without whom these results would not have been possible. 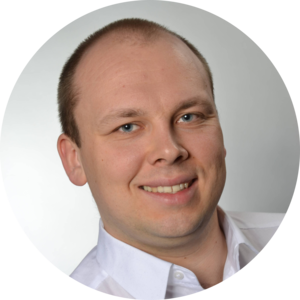