The Suzuki-Miyaura coupling (SMC) reaction is a practical and attractive method for the construction of carbon−carbon bonds; it is used in more than 60% of the carbon−carbon bond formation processes in medicinal chemistry and its coupling products, especially unsymmetrical biaryl compounds, are a common structural motif in pharmaceuticals. In general, the SMC relies upon a transition metal catalyst, such as palladium (the most versatile), nickel, copper, cobalt, and iron, while an organocatalytic version remain elusive. Herein, we developed a transition-metal-free, amine-catalysed Suzuki-Miyaura-type coupling reaction for the construction of asymmetric biaryl skeleton (Figure 1c). Advantages associated with this reaction include the versatility, scalability, and metal-free nature of the product.

Various aryl halides (including furan, thiophene, pyridine, quinoline, pyrimidine derivatives) and aryl boronic acids bearing a variety of functional groups underwent the reaction successfully. The utility and scope of this reaction were further exemplified in the synthesis of several economically important small molecules (o-tolyl benzonitrile, boscalid, adapalene, ledipasvir) and a selection of derivatives of pharmaceutical drugs (fenofibrate, bezafibrate, clofibrate, loratadine, indomethacin). To establish the industrial viability of our method, we scaled it up. At a catalyst loading of 0.5 mol%, p-triphenyl was prepared from 4-phenylbromobenzene and phenylboronic acid in 67% yield on a 50 gram-scale.

Another peculiarity is that this reaction undergoes a different mechanism from the metal-catalysed SMC, although the details of the mechanism are not clear yet. Based on a combination of the mechanism experiments (radical trapping experiments, EPR studies, deuterium labeling experiments, ICP-MS analysis, kinetic studies) and DFT calculations, we propose a catalytic cycle (Figure 2), which consists of the binding of catalyst (Cat) with two K2CO3 and Ar1-B(OH)2 (Cat + 2K2CO3 + Ar1-B(OH)2 → Int3), B-Ar1 bond dissociation (Int3 → TS3-4 → Int4), dissociation of the catalyst with a synergistic H-transfer (Int4 → Int5 + Cat), and organopotassium-mediated nucleophilic aromatic substitution (Int5 → TS5-pro → Ar1-Ar2) steps. Herein, Int and TS are short for intermediates and transition states, respectively.

In our Nature Catalysis work, an amine-catalysed Suzuki-Miyaura-type coupling reaction broad in scope, tolerant of a variety of functional groups, and proven on a 50 gram-scale has been developed. Its utility was exemplified in the synthesis of several economically important small molecules and a mechanism elucidated, based on the results of DFT calculations. More details of this work can be found here: “The amine-catalysed Suzuki-Miyaura-type coupling of aryl halides and aryl boronic acids” in Nature Catalysis (https://doi.org/10.1038/s41929-020-00564-z). 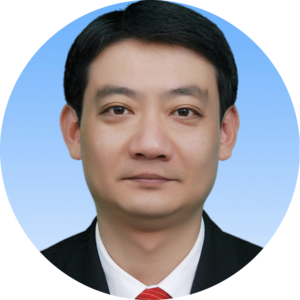 Per-Ola Norrby about 1 month ago

The metal-free Suzuki-Miyara has been reported a number of times before, but it has turned out to be mistakes. This one looks promising, but were really all sources of Pd excluded? The paper mentions analysis of the catalyst, but I didn't see analysis of the full reaction mixture, or the potassium carbonate, a known Pd source in previous similar reports. I don't want to rain on the parade, but this is a spectacular claim, and has to be very thoroughly supported.

Thank you for your attention. We have indicated in the supporting information that we have carried out ICP-MS analysis on the reaction mixture, and the result shows that the content of Pd is 0.32 ppb. In addition, we deliberately added ppm Pd to the reaction. The results showed that Pd below 100 ppm had little effect on the reaction, but when it was added above 100 ppm, the reaction was accelerated. It is possible that Pd and our amine catalyst played a role at the same time.

Per-Ola Norrby about 1 month ago

Thank you, that is convincing. I should have scrutinized the SI more carefully. Congratulations on a spectacular result!

Ian Doxsee about 1 month ago

Interesting results! I'm a bit confused by the proposed mechanism, which invokes a carbonate base in the C-B cleavage. In your SI you show that KOH and K3PO4 work almost equally well -- how can this be rationalized by your mechanism?

Thank you for your interest in our study. In the proposed mechanism, the KOH mainly mediates the reaction via constructing a Lewis acid-base network (such as K-OH and B-O) with the catalyst and boronic acids. Such interactions are also available in the systems of KOH and K3PO4, albeit the detailed structures might be different with the proposed one in the manuscript. Clearly, more effort should be put to clarify the details of this problem.

Since the publication of our article, I have received blessings and concerns from many friends from all over the world. Here, on behalf of our team, I would like to thank you. Some friends outside China told me that our article was widely commented on on twitter. Because I don't have a twitter account, I can't see the comments above. Friends cut some pictures and sent them to me. Here, I would like to explain our findings. 1. In our supporting information, we have carried out extensive screening of potassium carbonate used. Although the amine catalyst was prepared by palladium catalysis, it was purified by silica gel column and adsorbed by mercapto silica gel. Most importantly, the reaction mixture was analyzed by ICP-MS (Ref.:  Kumar, A. et al. D. C-C bond formation of benzyl alcohols and alkynes using catalytic amount of KOtBu: unusual regioselectivity via a radical mechanism. Angew. Chem. Int. Ed. 58, 3373-3377 (2019). ). At the same time, palladium acetate was deliberately added to the reaction (Reference:  Sun, C.-L. et al. An efficient organocatalytic method for constructing biaryls through aromatic C–H activation. Nat. Chem. 2, 1044–1049 (2010). ), and it was found that there was almost no effect on the reaction below 100 ppm. No product can be obtained without adding amine. 2. We found this experimental result three years ago. During the three years, our team repeated the experiment many times, and also used new magnetic stirrer and reaction bottle, which can repeat the experimental result. 3. With the help of DFT, we give a hypothesis about the reaction mechanism. Through experiments, we can exclude some reaction mechanisms, but because we have not captured some reaction intermediates, we really do not understand the specific process of the reaction at present. We hope to get the help of scientists all over the world to explore the exact mechanism of the reaction. At the same time, we welcome scientists from all over the world to repeat our experiments. There is an old Chinese saying: practice is the only criterion for testing truth. Thank you again for your attention.