A community from Nature Research
Contributor Nature Geoscience
Behind the Paper

The existence of dry olivine in wet subducting plates: A new clue to understanding deep-focus earthquakes and large plate deformation

While the plates carry water to the Earth's interior, phase transitions of dry olivine, the main mineral in the plates, are thought to be responsible for deep-focus earthquakes and plate deformation. We have resolved the paradox of the presence of dry olivine in wet plates.

The Earth consists of three regions: the crust (up to about 30 km deep), the mantle (up to 2900 km deep), and the core (up to 6400 km deep). The mantle is divided into the upper mantle up to a depth of 410 km, the mantle transition zone from 410 km to 660 km depths, and the lower mantle below 660 km (Fig. 1). Olivine is the main constituent mineral of the upper mantle, and in the average mantle it undergoes a phase transition to a dense mineral called wadsleyite at a depth of 410 km. The Earth's surface (crust) is composed of several plates that are laminated each other. The plates, which are much harder than the mantle, float on the top of the mantle and move slowly due to the slow flow of the mantle. As they move, the plates are cooled and get heavier by the seawater over a long period of time, causing them to sink into the mantle. The subduction of these plates causes geological phenomena that have a great impact on our lives, such as earthquakes and volcanic eruptions.

The fact that olivine contains water has been revealed through high-pressure and high-temperature experiments. Previous experiments on olivine hydration have been carried out under conditions where the temperature is higher than that inside the plate and water exists with olivine as fluid water. However, in the subducting plate, the temperature is lower than that of the previous experiments, and it is thought that hydrous minerals coexist with olivine instead of fluid water. Therefore, the distribution of water in the plate is determined by the water holding capacity (water partitioning) between the coexisting olivine and hydrous minerals. It has been thought that water is preferentially contained in olivine and that hydrous minerals are formed when their solubility is exceeded. However, this has never been determined.

We conducted high pressure-temperature experiments to reproduce the inside of a wet plate and determined the water content of olivine synthesized under conditions coexisting with hydrous phase A, one of the major hydrous minerals. We determined the water content of olivine. The results show that, contrary to previous expectations, olivine has a very limited water content of less than 1/10,000 percent. This result indicates that dry olivine exists even in a wet plate, and that a phase transition of dry metastable olivine can explain the occurrence of deep earthquakes. The large deformation and stagnation of the plate around 660 km depth is also caused by the phase transition of metastable olivine and the softening of olivine by fluid water generated by the dehydration of hydrous minerals in the warming plate.

These results suggest that hydrous minerals not only play an important role in transporting water to the Earth's interior, but are also responsible for the occurrence of deep earthquakes and large plate deformations. Dehydration of hydrous minerals has been thought to be one of the causes of shallower earthquakes than deep earthquakes, but our results suggest that it can also be a cause of deep-focus earthquakes deeper than 660 km, which cannot be explained by phase transitions in metastable olivine. Our paper is expected to provide an important clue to a full understanding of plate behaviour, including the occurrence of deep earthquakes and large deformations in the deep mantle. 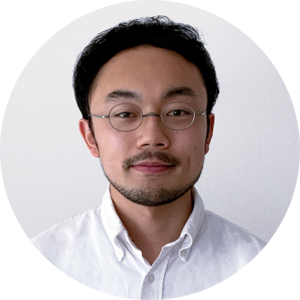