A free electron is an elementary particle, whereas the solvated one is an iconic chemical species: the simplest radical in solution without a classical chemical formula. Solvated electrons in water have a characteristic blue color and are important species in radiation and plasma chemistry, playing a key role in radiactive damage. Short-lived, generated in small concentrations, solvated electrons are impossible to concentrate and isolate unlike normal chemicals.  Therefore, their structure is elusive for direct experimental observation with diffraction methods or NMR. This opens opportunities for theoretical modelling, although it turned out to be as challenging.

Soon after their discovery by Hart and Boag, Marcus has developed a theory for solvated electron’s reactivity assuming a delocalized polaron-like model assuming that the excess electron will not be able to break strong hydrogen bonding. However, with more and more theoretical and experimental evidence at hand the researchers have converged to the cavity structure, formed by four to five molecules with one dangling OH-moiety orienting towards the center of the void filled by the electron. One of the key pieces of evidence in favor of the cavity model was the condensed-phase ab initio molecular dynamics simulation using correlated wave functions (second order Moller-Plesset theory, MP2). The work, unprecedented in complexity, required computational resources at the limits of what’s possible . Despite clearly ruling out the feasibility of non-cavity structures, it did neither provide new insights nor achieved complete statistical description.

The modern response to the challenge  involves using machine learning (ML). Training an ML force-field  (or potential energy surface, PES) based on ab initio data allows for much longer MD simulations as the cost of evaluation of energies and forces of the ML PES is almost negligible as compared that from electronic structure calculations. However, remember: solvated electron is a non-typical species. It lacks atomistic formula, whereas ML PES work with atomistic representations. Nevertheless,  University of Zurich researcher Vladimir Rybkin and doctoral student Jingang Lan combined their expertise in electronic structure and solvated electrons with the knowledge of EPFL’s Michele Ceriotti and Venkat Kapil, now at Cambridge, with other colleagues applied ML approach to the MP2 data on solvated electron without special treatment of the excess electron.

They we surprised, that the model was able to learn the presence of the solvated electron as a factor distorting the structure of the neat liquid water. The dynamics run with the ML PES was not only able to recover the stable cavity, but also to trace the correct localization dynamics, starting from the delocalized excess electron added to the neat liquid water. Thus, ML simulated the electron as a ghost particle, not explicitly present in the model.

This success opened possibilities not only to collect reliable statistics by running a swarm of computationally cheap classical trajectories and compute vibrational spectra, structures and diffusion.  The ghost-particle ML approach also enabled to simulate quantum rather than classical nuclei with path-integral molecular dynamics (PIMD). PIMD is at least one order of magnitude computationally more expensive than the classical MD and is unfeasible without ML PES at the high level of electronic structure theory.

Taking nuclear quantum effects in account not only delivered accurate vibrational spectra (as compared to the classical simulations), but also revealed an unusual rare event, not observed in the classical regime: transient diffusion. Classical non-transient diffusion of the solvated electron (also the most common with the quantum nuclei) is achieved by solvent exchange in the solvated electron’s cavity followed by gradual displacement of the “electron cloud” (spin density distribution). Transient diffusion is rather a jump of the spin density from the stable cavity to the adjacent one, sporadically opened in the vicinity as a result of hydrogen bond network distortion. Such distortions are a typical manifestation of nuclear quantum effects in water.

The surprising success of the ghost particle approach introduced here for the solvated electron opens new opportunities for symbiosis of high-level electronic structure theory with machine learning. It can be applied to excited states, and quasiparticles, such as polarons, allowing for dynamics simulations with high accuracy at the moderate price. 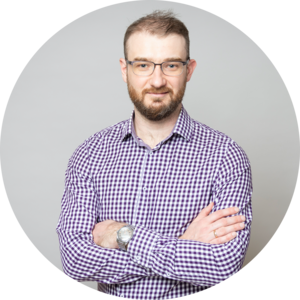