The Interesting Things Base Metals Do When Illuminated

Decarboxylative coupling is a powerful tool for the synthesis of small molecules routinely applied in drug discovery. We present a method for decarboxylative cross-nucleophile coupling to forge C–N, C–O, and C–C bonds that does not require prefunctionalization of either coupling partner.

In our recent research report, we demonstrate that simple salts of Cu(II) and carboxylic acids promote light-enabled decarboxylative cross-nucleophile coupling reactions. By applying Cu(II) as the photoactive terminal oxidant, carboxylic acids bearing a range of functional groups can be directly cross coupled with nitrogen, oxygen, and carbon-based nucleophiles without the need for prefunctionalization.

For several years, the Yoon group has had an interest in innovating net-oxidative photoredox reactions. Transformations of this class remain relatively underdeveloped compared to other photoredox manifolds due to several unique challenges. At the forefront is the incompatibility of oxidants that are traditionally used in thermal chemistry. In 2018, our group discovered that Cu(II) oxidants are uniquely effective as terminal oxidants for photoredox reactions. We have since demonstrated oxidative functionalizations of alkenes and benzylic C(sp3)–H bonds. We became interested in the development of oxidative decarboxylative cross-coupling reactions given the ubiquity of the carboxylic acid feedstock and the ability to control the position of radical formation without the need for proximal electronic activating groups.

Development of the title reactions began like any other project in 2019. A range of photoredox catalysts that have been utilized in other decarboxylative reactions were screened. The desired coupling products were observed. Standard optimization studies revealed trends that made sense. Everything seemed to be in the right place. Then, after a series of control reactions, we discovered that significant yield could be achieved in the cross-couplings without an added photocatalyst. It didn’t take us long to realize that a ligand-to-metal charge-transfer (LMCT) process at the Cu(II) center was likely the dominant mechanism at play.

Shortly after we had finalized reaction conditions, the COVID-19 pandemic began. In the period of a week, our beloved Daniels Chemistry Building on the UW–Madison campus went from full capacity to fully closed. Gradually, the group was able to return to the lab. A shift schedule was adopted, which eventually gave way to full capacity once again as the vaccination efforts rolled out a year later. Although 2020 was the year that changed life as we know it, the chemistry remained exactly the same. It tends to do that.

In addition to the research labs being closed, the undergraduate instructional labs were also shut down. To help the undergraduate curriculum adapt, we worked with Dr. Wesley Swords, a postdoc in our lab, and Prof. Nick Hill to design a virtual experiment. For this exercise, we recorded a first-person video of scaling up the decarboxylative amination reaction and isolating the product. Students viewed the video, analyzed authentic raw data, and answered questions. We are excited to share that video here for those curious for more details on the reaction set-up.

Throughout the development of this project, we worked with an incredible team of scientists at Pfizer, including Neil Baldwin, Mark Bundesmann, Joseph Tucker, and Scott Bagley. We engaged in frequent virtual meetings to share progress updates, to ask questions, to come up with short- and long-term goals, and to discuss how the title reactions could be geared towards applications in the pharmaceutical industry. The Pfizer team also performed screening studies of complex pharmaceutical monomers that would have been difficult for us to prepare in-house, which proved invaluable as we developed the scope of the reactions. Even more impressive, much of this was done under strict and cumbersome pandemic protocols. Hats off to the Pfizer crew.

Over the course of working on this project, our lab has come to understand new mechanisms and opportunities in photoredox catalyst-free photoredox reactions. We are excited to continue in our quest to develop new science and to explore the interesting things that base metals can do when illuminated. 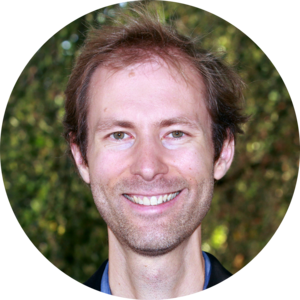