Pressure can change the interaction between atoms in a substance and induce the formation of high-pressure new phases, most of which have novel physical and chemical properties compare to the regular phases at ambient condition. I was working on high pressure and phases transitions since 2011 and got the Master degree in Jilin University. After that, I joined the University of Lyon to pursue a PhD and still engaged in theoretical simulations. After I got my Doctor degree of physics, I joined Prof. Yinwei Li’s Group in 2018. Prof. Li’s Group mainly focuses on exploration of novel crystal structures and new materials at high pressure, such as superconductors, high-energy density materials and superhard materials.

Helium is generally considered to exist only in the atmosphere of planets such as Uranus or Neptune. A long-held consensus is that helium cannot form solid compounds because of its stable closed-shell electronic configuration. Recent studies have indicated that high pressure can induce He to form compounds such as HeN41, Na2He2, FeHe3, MgOHe4, H2OHe5,6 and FeO2He7. These results inspired us to explore whether helium could be trapped inside the mantles of Uranus and Neptune in the formation of helium-containing compounds. NH3 is one of the most component for the upper mantle of the Uranus or Neptune, therefore, we carried out calculations to search for stable compounds in NH3–He systems at high pressure and high temperature. 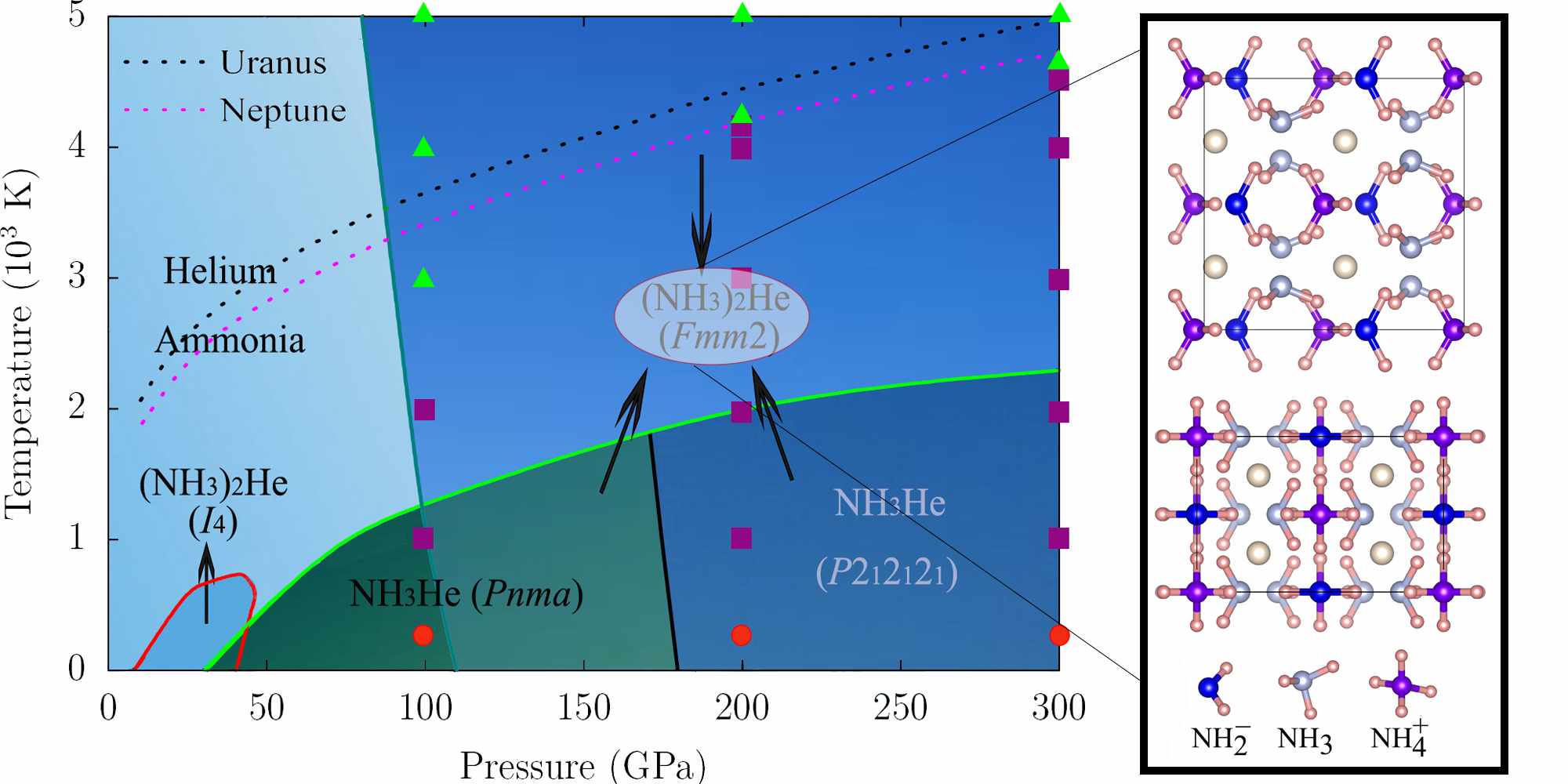 Our results show that He can react with NH3 to form (NH3)2He under extreme conditions, to a certain extent corresponding to the upper mantles of Uranus and Neptune, thereby providing information essential to the understanding of the interior models of these planets. At low temperatures, (NH3)2He is ionic with NH3 molecules partially dissociating into (NH2)-and (NH4)+ ions. Simulations show that (NH3)2He transforms into intermediate phase at 100 GPa and 1000 K with H atoms slightly vibrate around N atoms, and then to a superionic phase at ~2000 K with H and He exhibiting liquid behavior within the fixed N sublattice. Finally, (NH3)2He becomes a fluid phase at temperatures of 3000 K.

Our predicted stability of superionic (NH3)2He under the P-T conditions corresponding to the ice giants' upper mantles indicate that helium could be remained inside the planets during their formation. Therefore, the current results are essential to the understanding of the interior models of these planets. Moreover, CH4 and H2 are another two main components in upper mantle of these planets, therefore, there is a high possibility that helium could react with CH4 or H2 at high pressures to form new compounds, which deserves further investigation.

More details of this work can be found here: “Formation of ammonia–helium compounds at high pressure” in Nature Communications (https://www.nature.com/articles/s41467-020-16835-z). 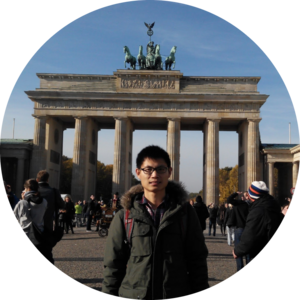