Is something an isolated event or a common phenomenon? This is a frequently asked question following an unusual observation. In the paper "Evolution of combinatorial diversity in trans-acyltransferase polyketide synthase assembly lines across bacteria", this question resulted in novel insights into the evolution of one of the most fascinating natural product enzyme classes —trans-acyltransferase polyketide synthases (trans-AT PKSs)—and the remarkable structural diversity of their associated polyketides.

Trans-AT PKSs are the most complex thiotemplated assembly lines known today and responsible for the biosynthesis of numerous structurally highly diverse polyketides. Some of which have entered the market as antibiotics in human and veterinary medicine. Others serve the producing organism as potent toxins and pathogenicity factors. These complex natural products have been isolated from diverse bacterial phyla and many of the producers are symbiotically associated with various eukaryotic hosts.

Modular PKSs, to which the trans-AT systems belong, construct natural products in a sequential, assembly-line like fashion with individual modules adding a new building block and one of several functional groups to the growing polyketide chain. Reflecting this biosynthetic sequence, modules with matching sets of catalytic components are arranged along the PKS megaenzyme like beads on a string. As for other multimodular enzymes, this co-linearity of protein architecture and natural product functionalization principally allows researchers to computationally predict polyketide structures directly from the vast number of sequenced bacterial genomes. Compared to other assembly lines (the textbook, cis-AT PKSs and nonribosomal peptide synthetases), however, trans-AT PKSs are more akin to a Jackson Pollock painting. Not only do they contain a multitude of non-canonical components that initially prevented a full biosynthetic understanding and the development of prediction rules, but polyketide products are encountered that appear like a combinatorial patchwork of other metabolites, suggesting a tendency of the biosynthetic machineries to form hybrids. Examples are the pederin-type translation inhibitors  and the misakinolide-like actin inhibitors, structurally diverse compound families in which substructures of varying size appear to have been swapped out to yield novel products, reminiscent of combinatorial chemistry (Figure).

We and others have come a long way in understanding many unusual functions of trans-AT PKSs. These insights now permit the prediction of chemical structures directly from sequenced organisms with good confidence. In the current work, we asked whether the combinatorial-like features observed at the chemical level are more common and arise from a general tendency of trans-AT assembly lines to genetically recombine and form functional hybrids. In spite of the great diversity of trans-AT PKS components, such analysis and the extraction of chemical information can be achieved with a single domain present in each module that accepts and elongates an intermediate generated by the upstream module. Since the sequence of a ketosynthase (KS) domain mirrors the chemical functionality installed directly upstream, the succession of all KS types in a PKS protein correlates with the polyketide structure. Had a polyketide evolved through genetic combination of PKSs from two different biosynthetic pathways, one would expect to see phylogenetically related KS series, corresponding to module successions, in the compound pairs sharing similar moieties (Figure). The ability to reduce the analysis to KS domains permitted the computational detection of natural combinatorial biosynthesis at large scale across bacteria.

For this purpose, the Piel lab teamed up with the lab of Marnix Medema as the leading experts in the computational analysis of secondary metabolite biosynthetic gene clusters. This was back in the days when Marnix had just recently started his own group. Together with his postdoc Xiaowen Lu, he was heavily involved in designing and programming of the software, which was exciting to see for me as a PhD student at the time.

Not long after our first meeting, the first version of the algorithm was ready and indeed pointed towards recombination not just being an occasional phenomenon during trans-AT PKS evolution but rather a driving force for chemical novelty in these systems. Our algorithm, which can also be used as a tool for structure prediction, natural product dereplication and discovery, and pharmacophore detection, was verified by selecting PKSs lacking known polyketides from plant-associated bacteria, for which transPACT proposed hybrid features as well as the chemical structures. This enabled Reiko Ueoka and Stefan Leopold-Messer to rapidly characterize novel members of the glutarimide-containing polyketide family, to which the important laboratory tool cycloheximide belongs, as well as new members of the phormidolide and spliceostatin families.

While we could have likely published a paper at this point, we decided to invest additional time in the further improvement of our algorithm. To do so, we got Marc Chevrette onboard who had worked on an algorithm for the evolutionary analysis of non-ribosomal peptides and who was therefore ideally suited for the fine tuning of our algorithm. He worked jointly with Franziska Hemmerling who was essential for the validation process. Further analysis of the data did not only reveal new members of known polyketide families, but also uncovered cryptic biosynthetic relationships such as the hidden evolutionary links between the superficially distinct-looking oocydin and phormidolide-type PKSs. The algorithm further reveals at a quick glance through comparative color-coded PKS representations those assembly lines that harbor distinct arrangements of PKS modules as an aid in genome mining studies for chemical novelty.

In the end, this is also the story of a fruitful interdisciplinary collaboration between two labs during the time of a pandemic in which five co-authors changed labs and new talented students and postdocs came in to finish the project. It also highlights the importance of in-person conferences, the last of which that we were able to attend, the Gordon Conference for Marine Natural Products in Ventura in February 2020, was a key event where most co-authors met to discuss the final steps along the way to the publication. The pandemic is a challenge with few positive aspects. In the case of this paper, however, where all co-authors had spread throughout the world, it gave us the computer time—stuck at home during lockdowns—to deepen this exciting and complex study. The project that has sparked highly exciting follow up projects addressing questions like "Can we use the insights gained about natural combinatorial biosynthesis for the rational engineering of chimeric polyketides", resulting in new projects in both labs. So stay tuned for follow up papers...

To find out more about the versatility of transPACT and the characterized polyketides, check out our paper "Evolution of combinatorial diversity in trans-acyltransferase polyketide synthase assembly lines across bacteria" in Nature Communications. 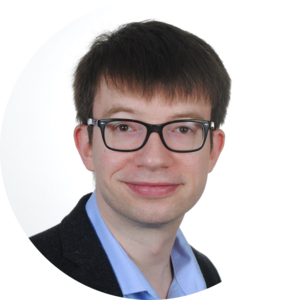