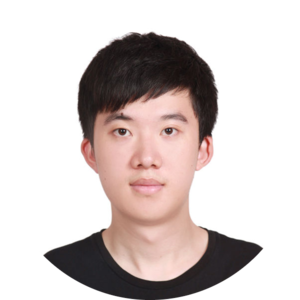 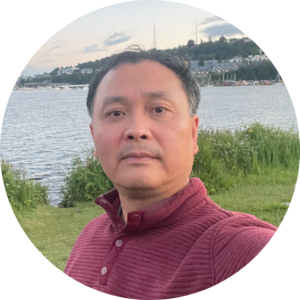 The manuscript was submitted late in September 2020, at a depressing time when we were deep in the COVID-19 pandemic. Almost a year later, after three rounds of revision and rebuttal (a total of more than 100 pages of rebuttal written), numerous new additional experiments performed under highly strict pandemic safety protocols, the manuscript was finally accepted. Nature’s review system worked great for this work, the comments of four reviewers were critical, demanding and harsh at times but were insightful and constructive, leading to a much improved manuscript at the end. We are grateful to the reviewers who really made this a better work. We are also grateful to the editors at Nature, as we learned that three editors handled this manuscript and a fourth editor was consulted from a Nature sister journal. This was one of the most rigorous reviews that our group’s work has gone through, leading to a publication that we are very proud of.

To be honest we did not start out to invent the alkali-metal/chlorine batteries. The story was that we made a rechargeable Na metal battery first, and then over a period of 6-12 months we gradually figured out that the main capacity of the secondary battery came from Na/Na+ redox in the negative electrode and Cl2/NaCl redox in the positive electrode. We then extended the idea to Li/Cl2 battery.

We became aware of the Li-thionyl chloride (SOCl2) battery about three years ago. SOCl2 has been used both as an electrolyte solvent for primary lithium-ion batteries (LIBs) and electrolyte additive for stabilizing alkali metal anode such as lithium (Li) and sodium (Na) in a battery. We first got interested in SOCl2 in 2018 and started to explore its function as an electrolyte additive in our ionic liquid (IL) electrolyte for aluminum-graphite battery (published in Nature in 2015: https://www.nature.com/articles/nature14340). We discovered that with SOCl2 present in the system, the resulting aluminum-graphite battery had a very different performance. Firstly, instead of charging, the battery was able to discharge first, attributed to the reduction of SOCl2 at the cathode to form sulfur (S), sulfur dioxide (SO2), and chloride ion (Cl-). Secondly, when the battery was recharged, the shape of the charge-discharge curve changed, with the characteristic plateaus from our original battery (discharging at ~ 2.2 V and ~ 1.8 V) being replaced by new plateau at completely different voltage (discharging at ~ 1.4 V). We believed that the addition of SOCl2 in the electrolyte changed the battery chemistry and SOCl2 was participating in the redox reactions, leading to a completely different battery behavior. In order to further understand the roles played by SOCl2, we decided to test different carbon materials as the cathode (from graphite to amorphous carbon) and studied how the battery performed. Based on numerous experiments, we concluded that a gas diffusion layer (GDL39BC, FuelCellStore) containing a microporous carbon layer gave the best charge-discharge behavior, even though the coulombic efficiency (< 30%) and cycle life (~ 3 cycles) were poor. At that time we were surprised by the sign of rechargeability observed.

We decided to change the anode from aluminum metal (Al) to Na (and later to Li) due to their much lower redox potentials than Al, leading to a higher overall battery voltage. In addition, instead of using SOCl2 as the electrolyte additive, we started to use SOCl2 as the main electrolyte solvent, similar to the electrolyte used for primary lithium thionyl chloride battery. We believed that by using SOCl2 as the solvent, those SOCl2 redox reactions that we previously observed could become the dominant reactions and be better studied. The next set of batteries we made was pairing either Na or Li metal with GDL39BC and using either NaAlCl4 or LiAlCl4 dissolved in SOCl2 as the electrolyte. To our surprise, these batteries not only had similar first discharge behaviors as the primary lithium thionyl chloride battery with lower capacity, but more importantly, they were able to perform charge-discharge with much higher coulombic efficiencies (up to 92.2% for Na and up to 96.6% for Li). However, the cycle life of both batteries was still short and needed further improvements (less than 6 cycles).

After this exciting discovery, our next challenges were to further increase the first discharge capacity, the cycling capacity, and the cycling reversibility of the battery. One of our approaches was to explore various carbon materials accumulated in our lab in the past 20+ years at Stanford including various graphite, carbon nanotubes and amorphous carbon materials. We had a breakthrough when we replaced GDL39BC with amorphous carbon nanosphere (aCNS) from our collaborator and visiting scholar Professor Yuan-Yao Li from Taiwan as the positive electrode material. Also, from the literature and our own research on alkali metal batteries in ionic liquid electrolytes, we knew that fluoride-based additives, especially a mixture of FSI- and TFSI- were useful in forming a stable SEI on alkali metal anode. However, the solubility of these additives were very low when the electrolyte was neutral, i.e. for LiAlCl4 or NaAlCl4 dissolved in SOCl2. We decided to try acidic electrolyte by dissolving only AlCl3 in SOCl2 and then added these additives into the electrolyte. In the end, all salts were well dissolved and the cycle life of the battery was indeed improved.

After almost two years of optimizations, the aCNS positive electrode and electrolyte recipe afforded a ~ 3.6 V battery with high first discharge capacity, high coulombic efficiency, high reversible cycling capacity up to 1200 mAh/g (with ~ 100 % coulombic efficiency) and the cycling stability > 200. Meanwhile we employed a wide range of analytical tools in chemistry and materials sciences to elucidate the underlying battery chemistry. We first used techniques such as x-ray photoelectron spectroscopy (XPS), scanning electron microscope (SEM), and x-ray diffraction (XRD) to characterize both electrodes and elucidated that NaCl and LiCl were the active species in the Na and Li battery, respectively. We also used mass spectrometry (MS) to study the compositions of the electrolyte and discovered that the redox between Cl2 and Cl- was responsible for the main battery operations and the redox of SCl2, S2Cl2, and SO2Cl2 also occurred but to a less extend. In addition, we also explored different electrolyte additives and different cathode materials to understand the importance of FSI- and TFSI- in the system. Importantly, it was during the revision stage of the manuscript that we found that the high micro-porosity of aCNS was important to afford reversible Cl2/NaCl redox in the positive electrode, stabilizing Cl2 species in the micropores of carbon and enabling the battery’s rechargeability.

Reactions between light elements in the alkali and halogen groups of the periodic table are highly exothermic, releasing large amount of heat with low masses of reactants. 2Na + Cl2 ↔ 2NaCl and 2Li + Cl2 ↔ 2LiCl are such reactions. If these chemical reactions are turned into electrochemical ones with two half cells, batteries with high energy density and voltage can be afforded. But the challenge is reversibility and rechargeability of the battery. One must reverse the reaction without losing the products to chemical side reactions. Alkali metals and chlorine are very reactive in two opposite extremes. Forming a battery by reversing reactions at the two electrodes with near 100% efficiency is difficult since metal chlorides may be too insulating to be oxidized electrochemically, chlorine molecule can easily diffuse away from the electrode, and side reactions can easily occur. After three years of research, from seeing a sign of battery rechargeability to its understanding and optimization, we successfully developed rechargeable Na/Cl2 and Li/Cl2 batteries. The SOCl2 electrolyte recipe and microporous carbon electrode are two critical factors to stabilize the electrode reactions. Li and Na batteries coupled with various highly oxidizing species in the periodic table have now all become reality, including oxygen, sulfur, and now chlorine. Batteries involving fluorine redox are the one left to be realized and remain a formidable challenge.

We hope that this work can open up further research and product development for alkali-metal/chlorine batteries, stimulating new ideas of electrolytes, including ones that are completely different from our current one, and new development of positive electrode materials that can improve the reversibility of Cl2/NaCl or Cl2/LiCl redox and impart even higher capacity and energy density to the batteries.