Polymer films conduct heat better than ceramics and many metals.

A continuous increase in power density and miniaturizing electronics makes heat dissipation one of the most complex technological challenges1. The worldwide semiconductor industry has acknowledged that Moore's law is nearing its end2. A major issue is that vast amounts of waste heat generated during device operation leads to overheating problems3. A need for new materials to manage overheating arises. Polymers have been used for electronics packaging, thanks to their unparalleled properties: light weight, electrical insulation and easy processability4. But common polymers, which are generally regarded as thermal insulators, are undesirable for efficient heat dissipation5. Disorders and defects in polymers act as scattering sites for heat carrier transport6 and result in low thermal conductivity on the order of 0.1 W m-1 K-1. Turning thermally insulating polymers into thermal conductors will provide new opportunities for better thermal management applications.

In April 2019, we reported polyethylene films with a metal-like thermal conductivity of ~62 W m-1 K-1, over two orders of magnitude greater than that of typical polymers and exceeding that of many metals and ceramics7. Conventional approaches of focusing on crystalline phases in polymers at times marginally enhance the thermal conductivity of polymers. In contrast to these conventional approaches, we emphasized the need to engineer the spaghetti-like amorphous phases in polymers that acted as bottlenecks for efficient heat transfer. We identified high thermal conductivity (~16 W m-1 K-1) in the amorphous region was critical to achieving overall high thermal conductivity ~ 62 W m-1 K-1. In order to create efficient thermal transport pathways in polymers, we turned entangled and coiled chains into disentangled and aligned chains. In particular, we started from commercial semi-crystalline polyethylene powders and dissolved the powders in decalin, allowing the initially entangled chains to disentangle. This greatly reduced the entanglements for the subsequent processing. Afterward, the hot solution was extruded through a custom-built Couette-flow system, which imparted a shear force on the polymer chains and led to further disentanglements. Finally, these extruded films were further mechanically pressed and drawn inside a heated enclosure using a continuous and scalable roll-to-roll system. Structural studies and thermal modeling revealed that the drawn film consisted of nanofibers with crystalline and amorphous regions. These studies also revealed that the amorphous region had a remarkably high thermal conductivity, over ~16 W m-1 K-1, which was essential for achieving overall high thermal conductivity ~62 W m-1 K-1. For more details, please check out the paper “Nanostructured polymer films with metal-like thermal conductivity” on Nature Communications. https://www.nature.com/articles/s41467-019-09697-7

We foresee that further improvement of the thermal conductivity of the amorphous phase will play a key role in developing the next generation of diamond-like polymers with even higher thermal conductivity. For more details, please check out our blog  (behind the paper). 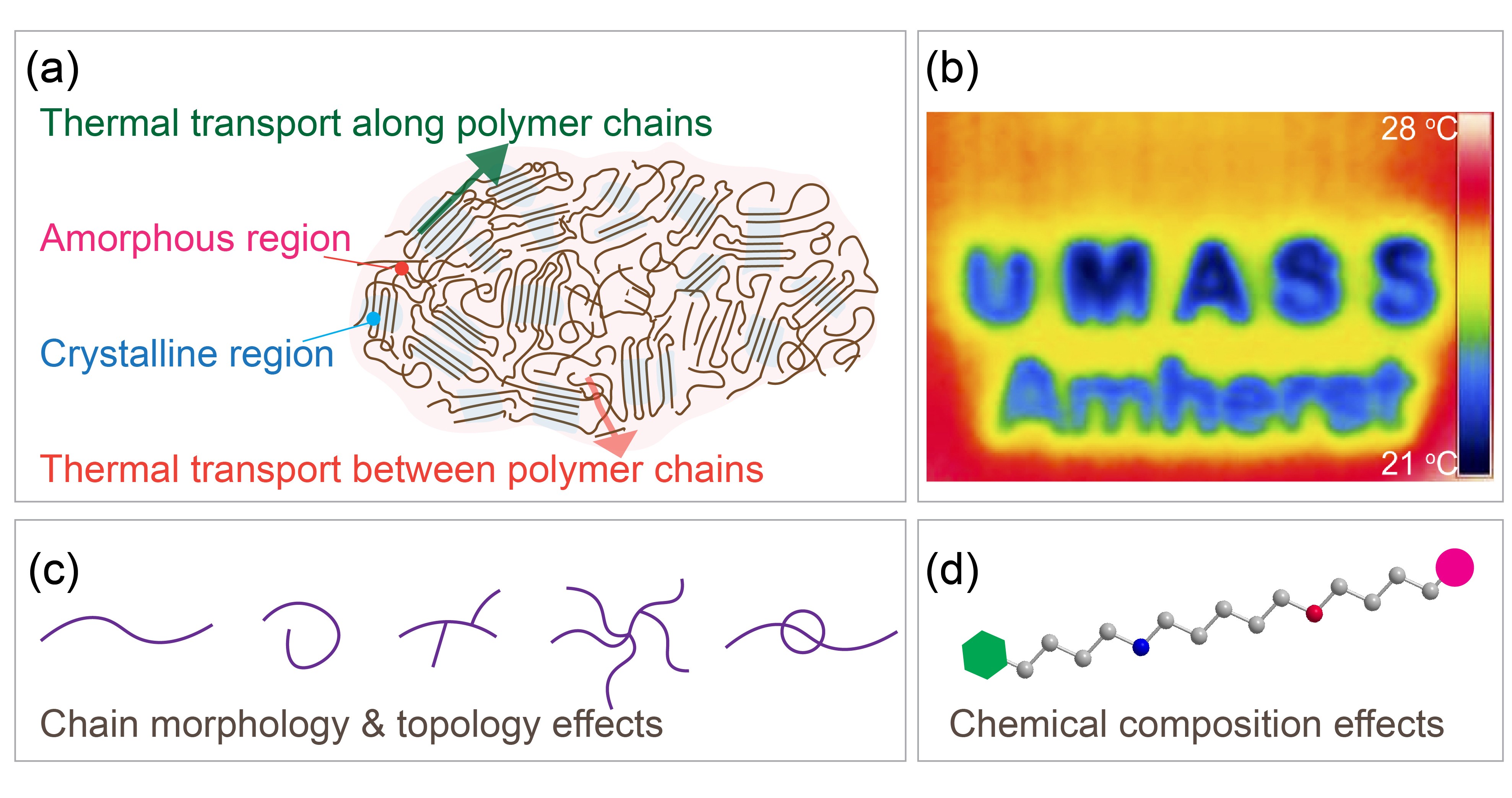 This blog was written by Yanfei Xu with comments from Yu Guo and Yanfei Xu on our future perspectives and research areas of heat conducting polymers at the University of Massachusetts Amherst.

Back to After the Paper
Next 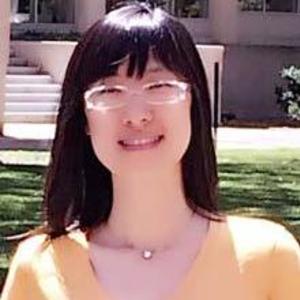