Ultrafast time-resolved techniques are now allowing photochemists to start tackling a longstanding challenge: the real-time dynamics of photoinduced ring opening reactions (a common form of molecular isomerization process).
Daniel Rolles
Assistant Professor, Kansas State University
Follow
Like Be the first to like this
0

Photoinduced isomerization reactions, including ring-opening reactions, lie at the heart of many chemical processes in nature. The pathway and dynamics of the ring opening of a model heterocycle have now been investigated by femtosecond photoelectron spectroscopy combined with ab initio theory, enab…

Ultrafast time-resolved techniques are now allowing photochemists to start tackling a longstanding challenge: the real-time dynamics of photoinduced ring opening reactions (a common form of molecular isomerization process). Using time-resolved XUV photoelectron spectroscopy with a seeded free-electron laser (FEL) along with high-level electronic structure and molecular dynamics calculations, our study succeeded in unravelling the dynamics of such a reaction along the full photochemical cycle – from photoexcitation, ring opening, through to the subsequent ground state dynamics.  Rather than repeating the exciting findings of the paper, however, I want to focus on the international collaborations and the many fortuitous connections that enabled this story.

For me, the story begins in 2015 when, with former student Rebecca Boll, we were seeking potential applications of the time-resolved techniques we had been developing at FEL facilities around the world. She knew of work from Mike Ashfold’s group in Bristol reporting photoinduced ring opening of thiophenone (in solution) and we decided this could be a good candidate to study at the FLASH FEL in Hamburg. We invited members of Mike’s group to join our beamtime at FLASH in late 2016. Intriguing time-dependent effects were observed, but we all felt that the observations were too indirect. Many discussions ensued about how to design an experiment that would allow more direct insights into the electronic and nuclear dynamics occurring during such a ring opening reaction.

Shortly thereafter, I attended a workshop organized by the FERMI FEL facility in Trieste at which Maria Novella Piancastelli presented beautiful preliminary data from a local time-resolved photoelectron spectroscopy experiment. I recognized that this might be exactly the type of experiment we required. Combining the Ashfold group photochemistry expertise with our own long-standing experience with FELs, we submitted a beamtime proposal and kept our fingers crossed. Our first proposal was rejected (an all too common fate of applications to heavily oversubscribed FEL facilities) but an improved follow-up submission was granted two days of beamtime. To make those 48 hours in December 2018 count, we assembled an international team in Trieste and experienced the icy-cold bora, enjoyed tasty Italian food and made the experiment work! All this in less than three days, thanks to everyone’s expertise, enthusiasm and the amazing preparations by the FERMI team and our Swedish collaborators (who contributed the magnetic bottle spectrometer used in the experiment). We left Trieste elated and dove right into the data analysis, led by my student Shashank Pathak – with contributions from many other team members. It quickly became clear that our data would live up to our expectations, but that strong theory support would be needed to maximize its impact. Mike suggested former Bristol colleague, Basile Curchod, now a faculty member at Durham University. Over the next half year, Basile and student Lea-Maria Ibele contributed the cutting edge theory and simulations that experimental data of this quality deserve and that helped us all, via numerous discussions, shape the story that led to this paper – a lovely illustration of the benefits of an international team effort. 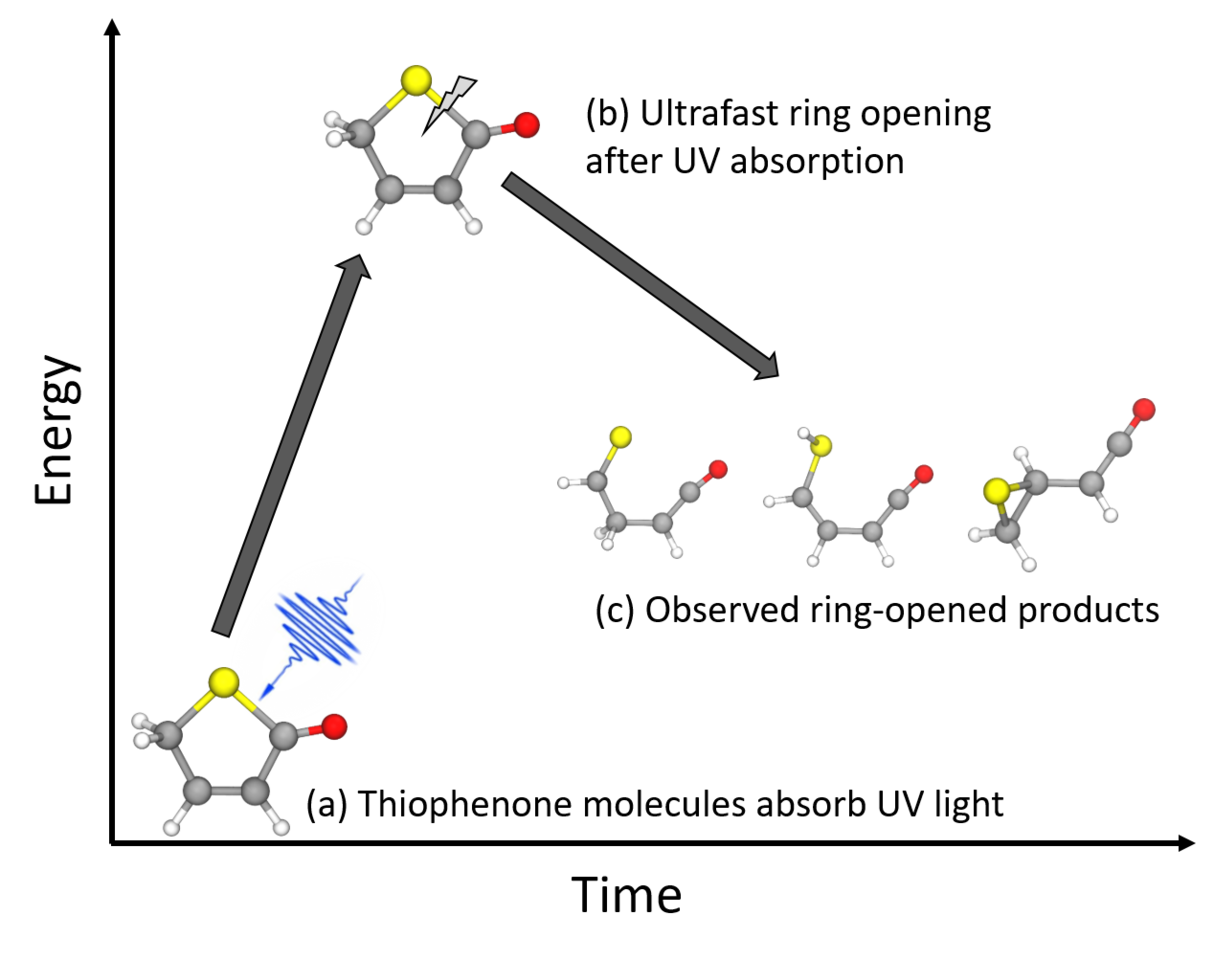