Satellite infrared measurements show aromatic vibrations in practically every corner of the universe, attributed to polycyclic aromatic hydrocarbons (PAHs), accounting for up to 20% of carbon in space. What happens when these molecules are exposed to the harsh radiation of the interstellar medium?

Aromatic infrared vibrational signatures indicate that polycyclic aromatic hydrocarbons (PAHs) can be found virtually everywhere in space and account for a significant portion of the total galactic carbon. These molecules play an important role in interstellar chemistry, such as providing reaction surfaces, aggregating into larger species such as fullerenes, fragmenting to provide building blocks for other molecules, and absorbing high energy photons (UV and above) and emitting IR photons. Our previous gas-phase ultrafast spectroscopy measurements have typically focussed on very small molecules, such as diatomics or substituted methane molecules. Such molecules have a limited number of accessible energetic pathways or fragmentation channels, allowing us to look at the processes in detail. The size of the PAH molecules represented an exciting challenge of applying our experimental and analytical techniques to such large molecules.

Following a successful proposal for time at the FLASH free electron laser (FEL) at DESY, Hamburg, an international team from institutions around the globe was assembled for the experiment. FEL beamtime experiments present several unique challenges. FEL time is typically very oversubscribed and there is rarely an opportunity to repeat a measurement, so it is crucial to ensure that each measurement has sufficient statistics. Equally, it’s also important to begin a new measurement if the measurement has already converged, to avoid “wasting” FEL time. The FEL beam operates 24 hours per day, so the team generally operates in either double shifts of 12 hours each, or triple shifts of 8 hours each, ensuring that each shift has sufficient expertise to cover all aspects of the experiment. Good communication and record-keeping between the shifts are vital, working strongly in sync with each other, to advance the experiment. Working with experts from around the globe, exchanging knowledge and methodology whilst fuelled by takeout food and schnitzel from the DESY canteen, collaborating to achieve a singular goal – these are the best aspects of a beamtime.

Our experiment employed two ultrafast lasers: 30.3 nm (40.9 eV) XUV pulses from the FEL, and 810 nm (1.53 eV) IR pulses from a Ti:Sa laser, to resolve the relaxation and fragmentation dynamics of three PAH molecules. The XUV wavelength of 30.3 nm matches the most intense line emitted in the He II spectrum. The electrons and all ion species were recorded simultaneously through velocity-map imaging and ion time-of-flight (TOF) spectrometry. Preliminary analysis during the beamtime already indicated that we had some very interesting data, and once the experiment was over, the team members returned to their various home countries to begin looking at the data in greater detail. This analysis was performed in three different countries, Germany, Sweden, and the UK, with many video conferences between the participants to discuss the results and next steps.

Upon interaction with an XUV photon, a molecule can potentially undergo ionization up to the PAH3+ state and/or dissociation into two or more fragments. By performing a covariance analysis on the ion images, our measurements showed that all PAHs in the dication state could undergo two-body fragmentation into all the possible monocations, except for the loss of a single carbon atom. Further, all PAH dications also showed a preference to dissociate into two monocations accompanied by neutral loss of two carbon atoms. This was particularly intriguing to us, mirroring the proposed hydrogen-abstraction, carbon-addition (HACA) mechanism for creating PAHs, where acetylene molecules are added together sequentially.

Looking at the time-dependent data, we benefited enormously from having so many different simultaneous measurements to allow us to disentangle the contributions from multiple processes. Through analysis of the electron images, ion TOF spectra, and the ion images as a function of pump-probe delay, we were able to show that the PAHs studied all exhibited ultrafast electronic relaxation, of the order 100 fs, when in the excited PAH*, PAH+*, and PAH2+* states. These results are accompanied by state-of-the-art theoretical calculations predicting relaxation on the same timescale.

Encouraged and emboldened by the detailed insight gained in this experiment, in November 2019, we successfully applied for another beamtime to study a new set of PAHs at FLASH. These PAHs have different levels of bonding between the rings, which should change both the fragmentation patterns and the internal relaxation times.  After a series of delays due to the COVID-19 pandemic, we were delighted to do the experiments in August 2021. Stay tuned for the results! 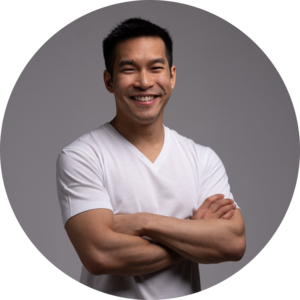 Valeriu Scutelnic
about 1 month ago

Congratulations of such a great piece of work and very clean data!