Wet-dry cycling and the protocell properties of complex coacervates

The protocell properties of complex coacervates are widely studied. Their response to the wet-dry cycle, an early Earth environmental scenario, had not been explored. This work, rooted in polymer physical chemistry, addresses this topic.

In an 1871 letter, Charles Darwin conceived of a “warm little pond” where environmental phenomena (“light, heat, electricity, etc.”) could lead to an increase in molecular complexity of chemical compounds on the early Earth.1 A warm little pond – a small volume of heated water – can also dehydrate and rehydrate through tidal activity, rainfall, or a terrestrial geothermal system emitting underground water, among others.2 In practice, wet-dry cycling has been demonstrated to contribute to the production of nucleosides,3 oligopeptides,4 and polynucleotides.5 Complex molecules can interact to form various assemblies. Under the right conditions, solutions of charged polymers, or polyelectrolytes, undergo liquid-liquid phase separation which leads to complex coacervates, polymer-rich micrometer-size droplets surrounded by a polymer-poor dilute phase.6 Coacervates have been demonstrated to compartmentalize molecules, enhance ribozyme activity,7 and organize complex reactions.8 The impact of wet-dry cycling on primitive compartments has been scarcely investigated, and never on membraneless coacervates, until this work. This investigation was sparked in the Keating Group at Penn State University by an interdisciplinary project that was made possible through NASA Exobiology and the NASA Postdoctoral program.

We subjected coacervates formed from a pair of short synthetic polyelectrolytes, poly(diallyldimethylammonium) and poly(acrylic acid), to cycles of dehydration and rehydration. Depending on the concentrations of the components in the mixture, which included polymers and salts, a starting location on their phase diagram – connecting components concentrations to the phase behavior – was defined. Drying, which increased all concentrations and decreased the overall volume, led to movements of the composition on the plot. We hypothesized, and later confirmed, that these changes can predict what would happen to the coacervate compartment as it dried: if it stayed within the two-phase region on the diagram, it can survive dehydration, but if it exited towards the one-phase region, the compartment would disappear. As we gained an understanding of the wet-dry cycle’s impact on the compartments themselves, we turned to their potential to partition RNA, a molecule central to life.9 We found that during drying, the coacervate was able to retain the same concentrations of a simple oligouridylic acid molecule. However, the ratio of RNA inside the polymer-rich phase versus outside decreased as its exchange rate between the two phases increased. These observations were also explained by the movements on the phase diagram.

At this point of the study, three of the authors met at the Gordon Research Conference on Self-Assembly and Supramolecular Chemistry which was held in Les Diablerets, Switzerland. The biennial conference brings together scientists from around the world and provides opportunities, through formal and informal gatherings, for junior scientists to exchange ideas and start collaborations. As the group was on a trip to the nearby Glacier 3000, the University of Chicago team mentioned that they had an upcoming small-angle X-ray scattering beamtime scheduled at Argonne National Laboratory. The scientific discussion on the insights that SAXS could offer into the preceding experiments quickly evolved into a collaboration. The results, along with the above, all pointed to a counterintuitive outcome: the polymer-rich phase became more hydrated as the overall solution dehydrated. Repeating cycles appeared to recover the original phase and compartmentalization behaviors of the coacervates. Overall, these results present the astrobiology and coacervate communities with exciting challenges as they demonstrate the importance of carefully considering the environments of membraneless protocells. 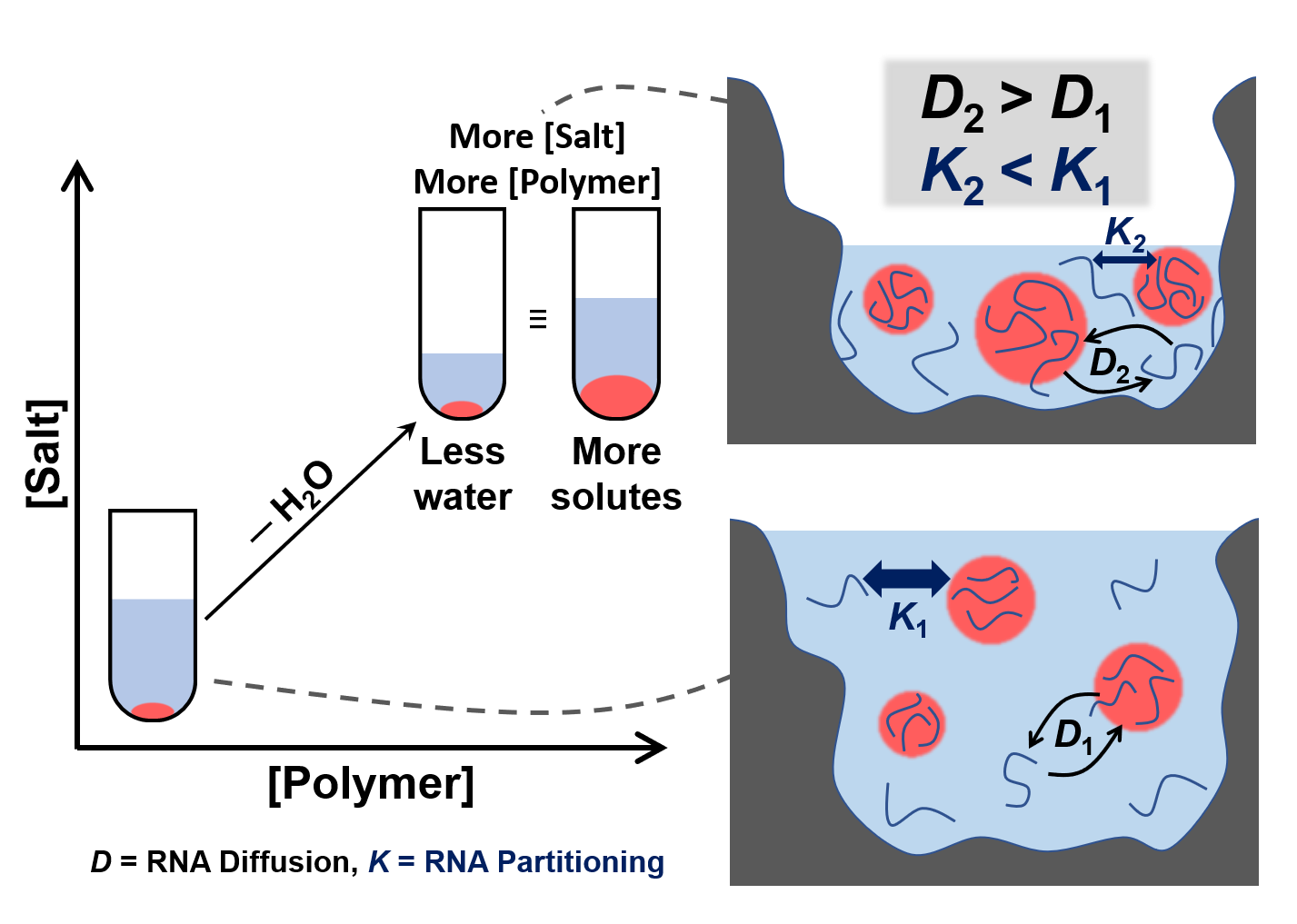 Drying coacervates induces a compositional movement on their phase diagram. Here, it is accompanied by a decrease in RNA partitioning and increase in diffusion. 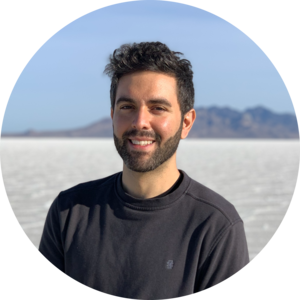