The development of new technologies for solar-energy conversion and storage is among the grand challenges in our transition to a renewable energy system. Besides the conventional technologies, such as solar, wind and battery storage, alternative chemical methods can provide particularly simple solutions for long-term solar-energy storage. Among these methods is energy storage in molecular photoswitches, so-called Molecular Solar Thermal (MOST) systems.

We have during recent years developed MOST systems based on the two valence isomers norbornadiene (NBD) and quadricyclane (QC). In this storage system, the energy-lean NBD photoisomerizes via an intermolecular cycloaddition to yield the energy-rich QC. This extremely simple one-photon-one-molecule reaction allows storage of up to 89 kJ/mol (0.97 MJ/kg) of chemical energy, comparable to state-of-the-art batteries.

In the traditional MOST energy storage cycle, solar energy is absorbed by the active molecule and converted into stored chemical energy that later can be released as heat.

But what if we could harness the stored energy as electricity?

In that case we would have constructed a universal energy material capable of both conversion of solar energy into stored chemical energy and release of the energy as electricity. Essentially such material would serve the role as both a solar cell and a battery!

This idea inspired us to pursue this study of the NBD/QC system on semiconductor electrode surfaces. We wanted to understand if it was possible to charge and discharge the molecular system through multiple energy storage cycles. A rechargeable molecule at an electrode interface would be the first step towards such an application, as the molecule could then take up solar energy and, in the energy rich form, drive charge transport through the electrode interface.

In order to make this possible, we first designed a molecular system bearing four functional features: (i) an NBD energy-storage unit, (ii) push–pull ligands that red-shift the absorption into the near-visible region of the solar spectrum, (iii) a spectroscopic marker that allows monitoring the conversion by in-situ IR spectroscopy, and (iv) a carboxylic acid linker group for attachment to the oxide.

With the molecular design objective established, we prepared the desired molecule through four synthesis steps starting from iodo-acetophenone, through a Vilsmeier formylation, a functional group conversion from aldehyde to nitrile, an elimination reaction to form the needed acetylene reagent  and finally via a final Diels-Alder reaction to the desired NBD molecule.

Subsequently, we anchored the newly designed molecule on a well-defined semiconducting oxide electrode. To ensure that the molecule-oxide interface was perfectly clean, the preparation was performed under ultrahigh vacuum conditions. Indeed, we were able to prepare a single monolayer of the anchored photoswitch and observe the transformation to the energy-rich isomer upon irradiation. At elevated temperature, the anchored molecules switch back to the energy-lean form with a reversibility of more than 98% per storage cycle. 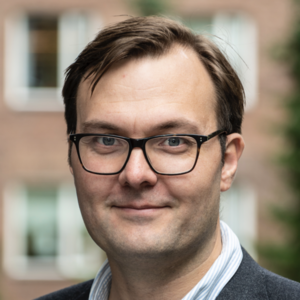