The paper in Nature Communications is here: https://go.nature.com/2H6dWlM

Recent synthetic advances provide metal catalysis for making a variety of COS-derived poly(monothiocarbonate)s that have good solubility in common organic solvents, superior optical properties, and excellent chemical resistance.  Zinc-cobalt(III) double metal cyanide complexes and (salen)CrX/onium salts (Lewis bases, LBs) have been discovered to catalyze the COS/epoxide copolymerization. Unfortunately, metal-contaminated or colored copolymers are resulted and severely impede their applications in optical and biomedical materials. Organic Lewis pairs composed of triethylborane (TEB) and LBs, including amidine, quinidine, quaternary onium salts have been used to generate poly(monothiocarbonate)s from COS and epoxides.  However, the TEB/LB pairs often led to relative broad molecular weight distribution (MWD) and higher molecular weights than the calculated one. Meanwhile, TEB is toxic and spontaneous combustion in air.

In this article (Nat. Commun., 2018, 9, 2137), we developed a living copolymerization of COS with various epoxides with high activity, using commonly available thioureas and organic LBs. This catalyst system was developed based on the hypothesis that the cooperative catalytic process of Lewis pairs composed of TU and base, undergoing a non-covalent mode to activate and stabilize the alcohol initiator/chain end for controlling the anionic copolymerization.  The resulting poly(monothiocarbonate)s have perfectly alternating structure (i.e. 100% althernatign degree) with regioregularity (>99% tail-to-head content), controlled molecular weights (up to 98.4 kg/mol) and narrow MWDs (1.13-1.23), and are colorless. Due to the ease of tailoring the molecular structures of these organic thioureas and bases, this strategy is a promising alternative to get metal-free well-defined sulfur-containing polymers. Our ongoing efforts are to seek a better understanding of the mechanistic aspects of such catalytic processes, and to expand the TU/LB pairs for improving the activity. 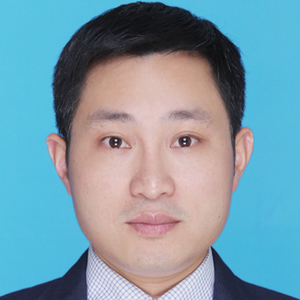