The Holy Grail for a glucose sensor is that it should be non-invasive and continuous. Continuous glucose monitoring (CGM) in the case of diabetes mellitus patients provides information on the trajectory of glucose concentrations, thus avoiding both hyper- and hypo- glycemia. Such systems could potentially lead to closed loop monitoring where a sensor and insulin pump are coupled. In addition, it has been shown that tight glycemic control in hospital intensive care units (ICU) can reduce morbidity and mortality.

The Eversense system, which received FDA approval in 2019 (CE Mark approval 2017), is currently available in both the United States and Europe (Via Roche). While the Glysure system obtained a CE Mark approval 2015. Both the Eversense and Glysure Ltd systems have demonstrated that glucose selective fluorescent ortho-aminomethylphenylboronic acids are suitable for use in CGM systems.

Great progress has been made since the first glucose selective fluorescent ortho-aminomethylphenylboronic acid was introduced 25 years ago. However, the story continues. The next step will be to develop sensor systems that are non-invasive and able to work in a closed loop with an insulin pump. In addition, while measuring glucose is important for diabetes mellitus - in order to fully understand the disease it is clear that many other biomarkers will need to be monitored.

As well as this being the 25th Birthday of the first glucose selective fluorescent ortho-aminomethylphenylboronic acid, this year marks the 75th Birthday of Seiji Shinkai. Consequently, in June 2020 we will celebrate his career at the 7th International Conference on Molecular Sensors & Molecular Logic Gates (MSMLG 2020) in Reno Nevada (www.msmlg.org). 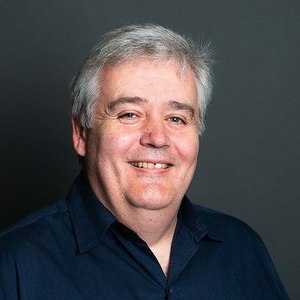