Tessellations and regular patterns are ubiquitous in Nature, from crystal structures, to living cells in tissues, to honeycombs built by bees. We explored the driving forces that dictate regular tessellation of cell-like compartments within synthetic tissue mimics.

Tessellation, or the filling of space with repeating geometric patterns, has fascinated humans for millennia. Since our early origins on this planet, we have decorated our surroundings with regular motifs and patterns, from the clay tilings in Sumerian temples1 to modern day architecture2 and interior design.3

In Nature, tessellations and repeated patterns are ubiquitous and found at a vast range of length scales. Atoms and molecules tightly pack in dense crystal structures,4 living cells tessellate within tissues,5 and bees laboriously shape wax into hexagonal combs to efficiently store honey and pollen.6

In biological systems, the tessellation of cells within tissues is strongly linked to the evolution of multicellularity.7 In multicellular organisms, sophisticated functions emerge from the coordinated interactions of specialised cells organised in specific architectures and patterns.8

In recent years, advancements in building single cell-like structures have demonstrated promising results,9 but current research developing and studying synthetic multicellular systems is sparse.10 A main limitation is the inability to assemble constructs of desired cellular composition and architectures in a controllable and reliable way.

In our new paper “Controlled packing and single-droplet resolution of 3D-printed functional synthetic tissues” in Nature Communications we explore the driving forces that dictate the regular tessellation of cell-like compartments in synthetic tissue mimics generated by 3D-printing.

Our 3D-printed synthetic tissue mimics consist of hundreds of aqueous droplets in oil interfaced by lipid bilayers.11 We found that by varying the combination of oils and lipids used, we could control the adhesiveness of the lipid bilayers, which in turn determined the contact angle formed between two aqueous droplets. Importantly, we found that the contact angle, while reflecting the balance of forces in the system, also represented a key geometrical parameter that strongly affected the droplet tessellation in 3D-printed synthetic tissue mimics. Strongly adhesive bilayers with large contact angles led to lattice distortions, while weakly adhesive bilayers with small contact angles resulted in loosely packed structures. In between these extremes, we found an optimal contact angle at which droplets tessellated regularly into a hexagonal closed-packed lattice. With this new level of control, we demonstrated 3D-printing of functional synthetic tissues mimics with precision never achieved before.

Studying 3D tessellation of printed droplets required advanced imaging and image analysis techniques. Key to understanding how the droplet-droplet interactions affected the arrangement of hundreds of cell-like compartments was to develop an in-house image analysis algorithm based on Delaunay triangulation12 which gave us a quantitative measure of tessellation regularity as foundation for our systematic study.

Our methods and results are applicable to a wide range of cases in which synthetic cell mimics,13,14,15 or any kind of adhesive deformable spheres, assemble in 3D constructs with well-defined architecture and tessellation. In the future, we will apply our results to 3D-printing soft robots composed of multiple voxelated smart materials,16 as well as cell-containing tissue models with architecture closely resembling that of natural tissues.17 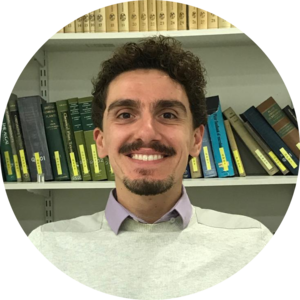