Life and death with nitrogen


During our essay competition last year, quite a few participants who chose to write about nitrogen mentioned that they were interested, intrigued or amused by the fact that nitrogen was deemed ‘lifeless’ when it was first discovered as an element.

It is true that elemental nitrogen — the N2 gas that constitutes a large part of the Earth’s atmosphere — does not on its own support combustion or life. Based on this observation, chemists referred to it as ‘noxious’, ‘fixed’ or ‘burnt’ air, or delightfully antique names like ‘mephitic’ or ‘phlogisticated’ air. This last term comes from the wonderful ‘phlogiston theory’ that appeared in the 17th century to explain combustion (in particular) through the presence of the fire-like element ‘phlogiston’. I’ll leave you to read about it and its decline, which saw phlogiston gradually demoted from a substance to a principle, to an outdated theory when the role of oxygen was better understood. 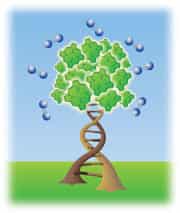 In this issue’s ‘in your element’ article (free to nature.com registrants), Michael Tarselli — the author of the winning entry on nitrogen for last year’s competition — mentions quite a few traits of nitrogen that illustrate just how obsolete its previous appellation is.

Although N2 is colorless, odorless, tasteless, and really not very reactive, we’re spoilt for choice when it comes to mentioning nitrogen’s involvement in crucial processes. Both chlorophyll and haem enzymes, for example, rely on porphyrins to take care of the tiny matters of photosynthesis and transporting oxygen in the blood. A possible way to ferry hydrogen as a fuel is through ammonia borane (H3N–BH3) complexes and — to stay in the realm of renewable energies — the ‘hangman’ architectures devised by the Nocera group as active water-splitting catalysts also feature a macrocycle coordinated to a cobalt centre through nitrogen atoms.

Of course we can find many examples of nitrogenated compounds that do have pretty harmful effects, either on the environment or our health — Tarselli explains how the high nitrogen:carbon ratio of melamine (nitrogen-packed 1,3,5-triazine-2,4,6-triamine) recently attracted attention for all the wrong reasons.

On an ambiguous note, the Haber–Bosch process developed in the early 20th century to ‘fix’ N2 and convert it into useful species (something some plants do very well but chemists not so easily) produces ammonia and other nitrogenated species by reacting N2 and H2 over an iron catalyst. It was quickly put to use, to make both nitrates for the gunpowder and explosives of World War I and cheaper fertilizers that would dramatically boost food production worldwide. I refer you to this C&EN article on the topic.

But it’s impossible to try and mention all of the fields greatly impacted by nitrogenated species. I’ll just mention another one of nitrogen’s traits, for those of you who like bangs and flashes: its tendency to form explosive compounds. Just think of the well-known TNT, nitroglycerin, nitrogen triiodide, but also the recently synthesized azobis(tetrazole) (C2H2N10!)