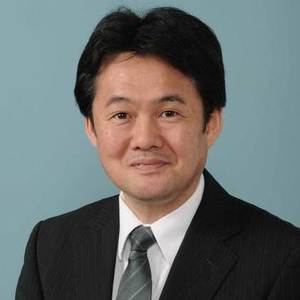 Takashi Kato is a professor at Department of Chemistry and Biotechnology, School of Engineering, the University of Tokyo since 2000. He received his Ph.D. degree at the University of Tokyo in 1988 under supervision of Professor Toshiyuki Uryu. After his postdoctoral research at Cornell University, Department of Chemistry with Professor Jean M. J. Frechet on supramolecular liquid crystals and polymers (1988-1989), he joined the University of Tokyo. He is currently appointed as Research Supervisor of PRESTO research “Molecular Technology” of Japan Science and Technology Agency (JST) (2012-present). He was the Project Leader of Grant-in-Aid for Scientific Research “Fusion Materials” on Innovative Areas of MEXT (2010FY-2014FY). His research focuses on design, synthesis and functionalization of self-assembled materials including supramolecular soft materials such as liquid crystals, stimuli- and environment-responsive self-organized materials, nanostructured ion- and electron-, and photo- active materials, liquid-crystalline physical gels, functional polymers, and biomineralization-inspired organic/inorganic hybrids. He is the recipient of The Chemical Society of Japan Award for Young Chemists (1993), The Sakurada Memorial Award of the Society of Fiber Science and Technology Japan (1993), The Paper Award of the Japanese Liquid Crystal Society (2000), The Wiley Polymer Science Award (Chemistry) 2001, the 17th IBM Japan Science Award (Chemistry) (2003), the 1st JSPS (Japan Society for the Promotion of Science) Prize (2005), the Award of Japanese Liquid Crystal Society (2008), Molecular Science Forum Lecture Professorship of Institute of Chemistry, Chinese Academy of Science (2009), and The Award of the Society of Polymer Science, Japan (2010), The Fast Breaking Paper of Thomson Reuters (2012), The Paper Award of the Japanese Liquid Crystal Society (2012), The Chemical Society of Japan Award (2017). He is a fellow of Royal Society of Chemistry (2014-present). He has published about 450 papers including original papers, reviews, and chapters of books. He is the editor in chief of "Polymer Journal" (2012-present), advisory boards of "Advanced Materials" (2004-present)," Journal of Materials Chemistry" (2008-present) "Chemical Science" (2010-present), "The Chemical Records" (2004-present), "Small" (2012 - present), “New Journal of Chemistry (2012-present)”, "ChemPlusChem" (2012 - present) and executive board of "Advanced Science" (2014-present). He was a co-editor of “Handbook of Liquid Crystals, 2nd Edition" (2014).