The intriguing results of actuation performance show the promising capability of this newly developed ionic actuator for soft robotics applications. Future robots will need to accomplish many complicated tasks, which will require highly controlled soft touch to deal with sensitive objects; such robots will include surgical robots, agricultural robots, etc. One of the best devices by which the capability of the soft actuators can be evaluated for ability to perform soft touch are touch screens. Fragile touch screens are very sensitive to mechanical force and should be operated by a very gentle and controlled level of loads because a harsh touch by a rigid object can potentially destroy the whole device. The soft touch capability of the developed actuator motivated the design and fabrication of a soft robotic touch fingers array that can be used to play piano in a smart phone application program. An artificial soft robotic fingers array was fabricated using ten soft ionic actuators (TP6PP) to play piano on a touch screen.

Schematic for the working principle of playing piano application on a smart phone by a soft touch robotic fingers array was illustrated in Fig. 1a. The actuators were gripped between two sets of electrodes, which were aligned in a row. Figure 1b shows the arrangement of the actuators for the fabricated soft artificial robotic fingers array. A hardware keyboard was also fabricated to activate each of the actuators separately (Fig. 1c). Pressing one of the keys on keyboard closed the circuit for the corresponding actuator and led to the stimulation. The set of actuators was then mounted on a touch screen running a piano App (Fig. 1d). Playing the hardware keyboard eventually stimulated the soft actuators and forced them to touch the corresponding piano keys on the screen. As illustrated in Fig. 1e, all ten artificial fingers worked properly and pressed the piano keys successfully. The as-prepared artificial touch finger array was then used to play ‘Happy Birthday’, as displayed in the Video. As can be seen in this video, the ionic soft actuators were sequentially activated to touch the screen, such that the music was nicely played by the soft artificial touch fingers. These promising results demonstrate the capability of ionic soft actuators for practical implementation in a variety of soft robotic applications in the future. 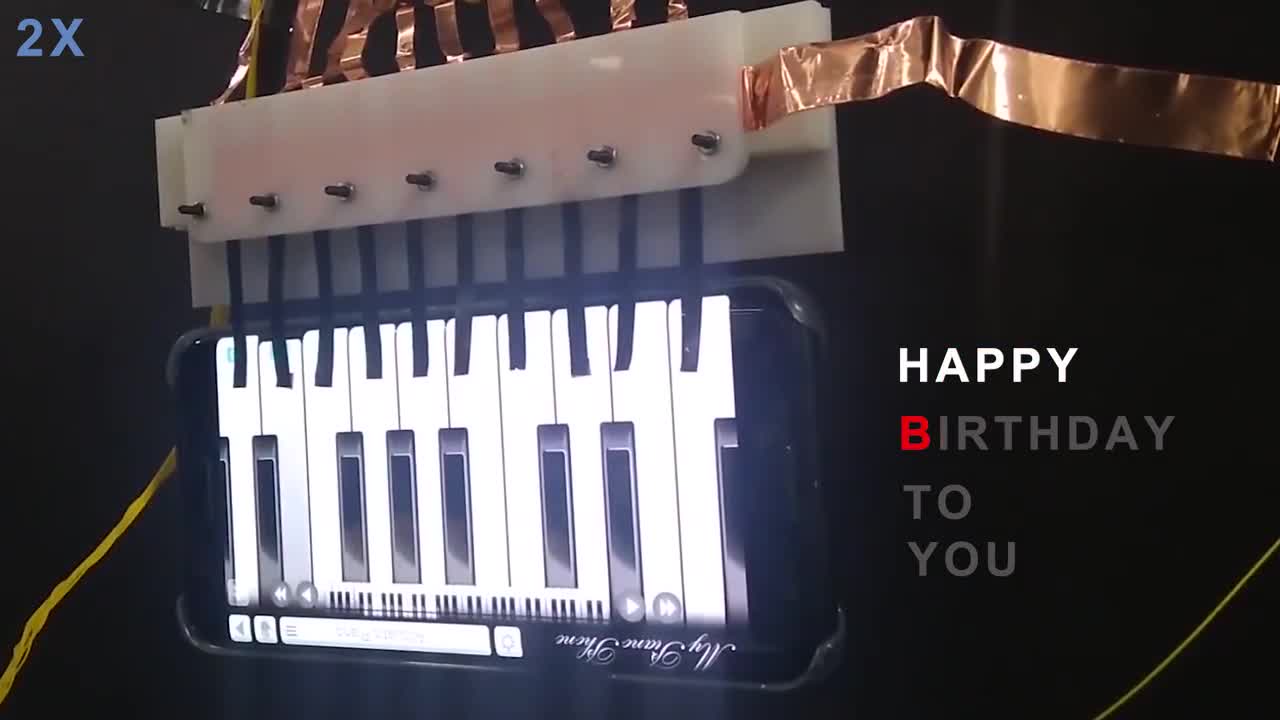