Understanding the roles of oxygen species at reducible metal oxide surfaces is key to improving catalyst performance. Here, a combination of operando diffuse reflectance infrared Fourier transform spectroscopy and mass spectrometry are employed to explore the behaviours of oxygen species during H2 o…

Oxygen vacancy (OV) defects at reducible metal oxide surfaces play a key role in a heterogenous catalytic oxidation process1–4. An overview has focused on understanding the roles of OVs playing in the oxidation reaction at reducible metal oxide surfaces5. The roles of oxygen atoms and molecules at catalyst surfaces and the properties of OVs have also been the subject of recent reviews6,7.

The importance of OVs has led to the development of numerous strategies for increasing the concentration of OVs in metal oxide catalysts. Some success has been achieved via doping with secondary metal ions and nano structuring8. The dispersal of metal ions on the surfaces of metal oxides has also been demonstrated to increase the concentration of OVs effectively. However, effective methods to improve the performance of metal oxide catalysts are influenced by current characterization technologies. Therefore, it is required to find an effective characterization technology to identify OVs and understand oxidation mechanisms that occur at the surfaces of metal oxides under real reaction conditions.

The present work addresses these issues by combining an operando diffuse reflectance infrared Fourier transform spectroscopy (DRIFTS)  with a temperature-programmed reaction (TPR) cell and MS to explore the behaviors of OVs and adsorbed oxygen species at β-MnO2 surfaces during H2 oxidation reaction conducted in the temperature range of 25-400 °C. The roles of OVs in H2 oxidation process are explored according to relations between OVs and oxygen species, which in turn reveal interactions between surface oxygen species with H2 at different reaction temperatures.

As the oxidation process in Fig. 1b, when the temperature is above 150 °C, OH in M-OH becomes reactive enough, the O2 dissociation step (6) is slowest, resulting in accumulation of M-□-M and M2+-O22−.

In conclusion, using the operando TPR-DRIFTS-MS technology, O2 dissociation, OVs formation, and surface oxygen species conversion have been explored during H2 oxidation at β-MnO2 surface, the differences in the reaction characteristics of bridge-type (M+-O2–-M+) and terminal-type (M2+-O2–) oxygen species have been clearly observed. Accordingly, we expect this technology could provide an important characterization method to understand the roles of surface oxygen species on metal oxide catalysts and enable the rational design of catalysts of OVs with satisfied performance. 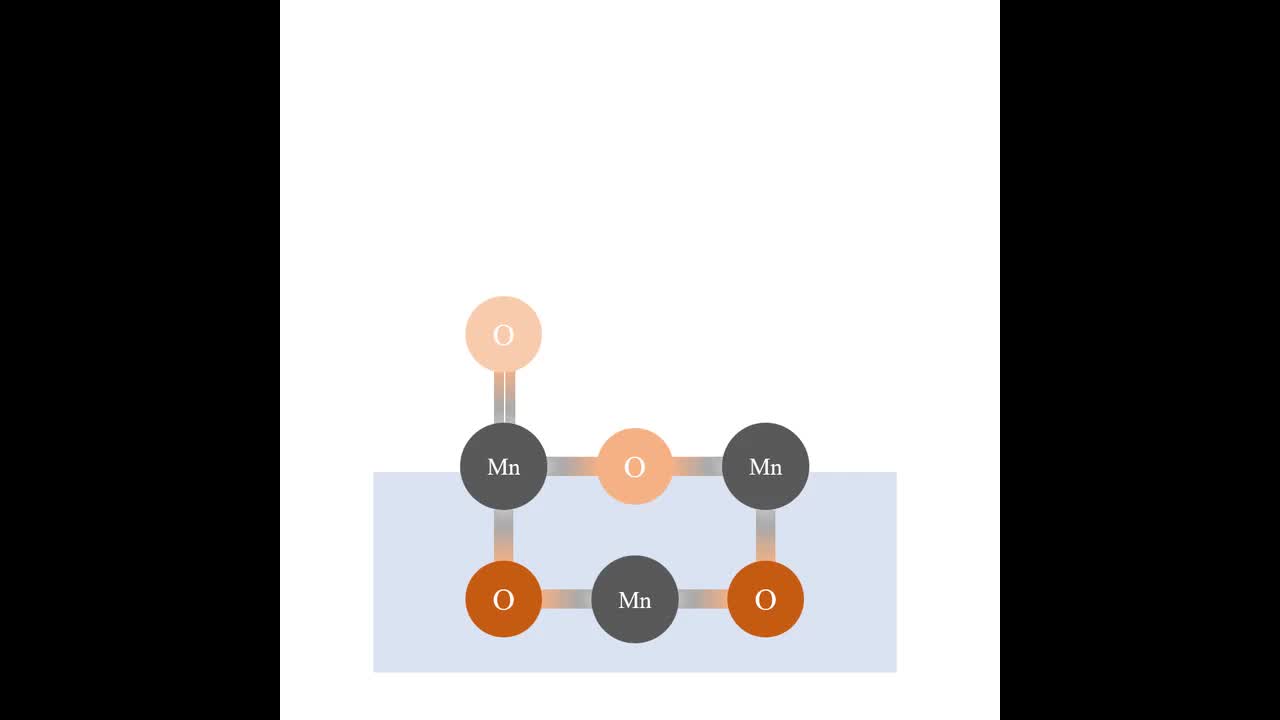 The investigation on the function mechanism of oxygen vacancies at the surfaces of transition metal oxides has always been the hot spots on the heterogeneous catalytic oxidation. Here, we report O2 dissociation at Mn cation with an oxygen vacancy (OV) during H2 oxidation at β-MnO2 surfaces using operando diffuse reflectance infrared Fourier transform spectroscopy (DRIFTS) with a temperature-programmed reaction (TPR) cell and mass spectrometry (MS).